Two dangerous trends for kids: Battery operated cars for toddlers and the princess phenomena for girls

About five years ago, kids age 5 and under began driving their small battery operated cars around the loop street I live on. It was scary. 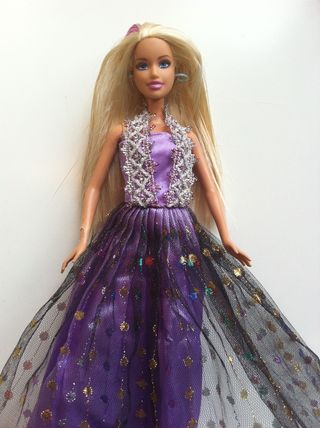 Garbage trucks barrel around this neighborhood. I asked one driver why they go so fast. He told me that if they finish their route before 5 p.m., they get to go home. I asked him to slow down for the sake of the kids. I didn’t see any of the garbage trucks going slower.

I think battery operated cars are dangerous for young kids, and parents and grandparents should avoid buying them for children.

Another troubling trend is the princess phenomena for young girls. With so much emphasis on princess movies, toys, dresses, and crowns, girls think about being and becoming princesses. They are getting unrealistic ideas about what lives as women are like.

“This princess mania, many argue, leaves girls all mixed up,” Jessica Bennett writes in The Daily Beast article “Disney Princesses and the Battle for Your Daughter’s Soul.” “While they excel in school and outpace their male peers in science and math, they also obsess about Prince Charming and who has the prettiest dress, learning –from a mix of mass marketing and media – not that girls are strong, smart, or creative, but that each is a little princess of her own, judged by the beauty of her face (and gown).”

Disney alone has 26,000 Disney princess items on the market today, part of a $4 billion-a-year franchise that is the fastest-growing brand the company has ever created, Bennett said.

I’ve been concerned about these two trends for many years. They came together in a news report on The Huffington Post: “Neveah Reynolds, 4, Saves Sister, Kazmirah, 2, From Drowning in Pond.”

It seems Neveah has been fascinated with the neighborhood pond since her dad told her that kissing the pond frogs might turn them into Prince Charming.

The girls were playing "fairy tales," riding along in a Barbie car and looking for Prince Charming. Neveah turned her back, and, when she looked around, her sister had fallen in the pond.

Fortunately, Neveah grabbed a stick and pulled her sister out of the water.

The Huffington Post article ended with: “Now neither of the girls are allowed to play near the pond and must put their quest for Prince Charming on hold.”

In my opinion, battery operated cars for young kids and letting your daughter get hooked on the princess phenomena can have bad results for your children and grandchildren.

I am for sure returning again for more contents of yours.