Fresh raspberries are wonderful this time of year, but returning two pineapples to Costco wasn’t much fun.

My best consumer experience: Fresh raspberries from my garden 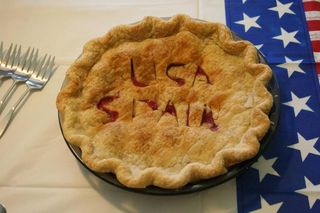 When I returned from Sacramento, I found a lot of raspberries on the vines in my garden. They are wonderful – fresh, sweet, and organic.

I even made a pie.

After telling a friend I would bring fresh pineapple for a political party we were hosting, I bought two at Costco. I looked through many boxes trying to find the best looking ones.

They were terrible. The bottoms looked brown, and when I cut them open, they didn’t look right or taste good. When I’ve purchased overripe pineapples at Safeway, I could cut the bad parts off and the remaining parts would taste O.K.

The Costco pineapples looked and tasted like they never ripened properly. Then they were in the process of rotting.

I rushed to Safeway, bought two pineapples, and arrived at the party on time.

The next day, I returned the pineapples to Costco. I told the customer service representative that Costco needs to do a better job of providing pineapples for their customers that are fit to eat. Just because it has cheaper prices on many items and sells jumbo packages, doesn’t mean it can sell terrible food.

The man behind me in line said he had also purchased two pineapples, and they were totally rotten. He said he threw them away.

When I went to Costco recently, I looked at the pineapples. They looked the same as the bad ones I purchased – beginning to rot on the bottoms.

Fruit is always a gamble. Last week we got a batch of mealy mushy peaches. But this weekend we're enjoying the best cantaloupe. It just screams, "Ah, summer!"