Home About Newsletter Categories Donate
First action by new consumer finance protection agency is a good first step, but more needs to be done on bank regulation
Raspberries from my garden are my best consumer experience this week while bad pineapples disappoint

To prevent children from suffering further harm, U.S. Consumer Product Safety Commission staff filed an administrative complaint Wednesday against Maxfield & Oberton Holdings alleging that Buckyballs and Buckycubes contain a defect in the design, packaging, warnings, and instructions, which pose a substantial risk of injury to the public. 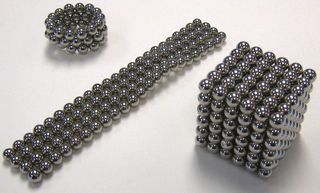 The commission voted 3 to1 to approve the filing of the complaint, which seeks an order that the firm stops selling Buckyballs and Buckycubes, notifies the public of the defect, and offers consumers a full refund.

In response to a request from commission staff, a number of retailers have voluntarily agreed to stop selling Buckyballs, Buckycubes, and similar products manufactured by other companies.

The online marketplace eBay has also agreed to implement steps to remove listings by sellers for these items.

The commission staff filed the administrative complaint against Maxfield & Oberton after discussions with the company and its representatives failed to result in a voluntary recall plan that commission staff considered to be adequate.

This type of legal action against a company is rare, the commission said in a statement. This is only the second administrative complaint filed by the commission in the past 11 years.

In May 2010, the commission and Maxfield & Oberton announced a cooperative recall of about 175,000 Buckyball high-powered magnets sets, because they were labeled "Ages 13+" and didn’t meet a federal toy standard. The standard requires that such powerful loose magnets not be sold for children younger than 14.

The Buckyballs and Buckycubes sets contain up to 216 powerful rare earth magnets.

At the time of the 2010 recall, Maxfield & Oberton was aware of two reports of children swallowing one or more magnets without injury.

After the recall, commission staff continued to receive reports of children ingesting the product and learned of incidents in which children had suffered injuries when the magnets attracted to each other through the victim's gastrointestinal tract. In later months, staff learned of one dozen surgeries, including numerous surgeries that involved Buckyballs.

In November 2011, CPSC and Maxfield & Oberton worked cooperatively to inform and educate consumers that Buckyballs were intended for adult use only, and although the risk scenarios differ by age group, the danger when multiple rare earth magnets are ingested is the same. However, even after the safety alert, ingestions and injuries continued to occur.

Since 2009, commission staff has learned of more than two dozen ingestion incidents, with at least one dozen involving Buckyballs. Surgery was required in many of incidents.

The commission staff alleges in its complaint that it has concluded that despite the attempts to warn purchasers, warnings and education are ineffective and cannot prevent injuries and incidents with these rare earth magnets.

The commission has received reports of toddlers finding loose magnets left within reach and placing them in their mouths. It can be extremely difficult for a parent to tell if any of the tiny magnets are missing from a set. In some of the reported incidents, toddlers have accessed loose magnets left on a refrigerator and other parts of the home.

Use of the product by tweens and teenagers to mimic piercings of the tongue, lip, or cheek has resulted in incidents where the product is unintentionally inhaled and swallowed. These ingestion incidents occur when children receive it as a gift or gain access to the product in their homes or from friends.

Medical professionals may not diagnose the need for immediate medical intervention in such cases, resulting in worsening of the injuries.