Facts and figures for Labor Day 2012 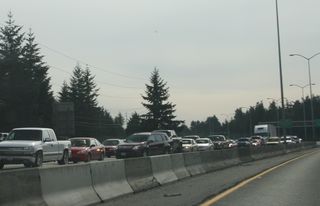 About 33 million Americans will travel 50 miles or more from home during the Labor Day holiday weekend, AAA Travel projects. That’s a 2.9 percent increase from the 32.1 million people who traveled last year.

Despite a sluggish economy and recent rises in gas prices, the increase in expected Labor Day travelers is occurring due to improving consumer confidence compared to last year and Americans’ continued desire to travel.

In America, 155.2 million people 16 and older were in the nation's labor force in June 2012, according to the U.S. Census Bureau. About 85 percent of full-time workers 18 to 64 were covered by health insurance during all or part of 2010.

Between December 2010 and December 2011, employment in the United States increased 1.4 percent in 266 of the 322 largest counties. Large counties are defined as having employment levels of 75,000 or more.

More than 76.6 percent of workers drove alone to work in 2010, while 9.7 percent carpooled and 4.9 percent took public transportation.

It took workers in the nation 25.3 minutes to commute to work in 2010. Maryland and New York had the most time-consuming commutes, with Maryland averaging 31.8 minutes and New York 31.3 minutes. More than 3 million workers faced extreme commutes of 90 or more minutes each day in 2010.

Whether you’re traveling, shopping, or celebrating the holiday with your co-workers and friends, I hope you have a great Labor Day.