Home About Newsletter Categories Donate
Private college group sues to keep information from students about what their education could cost
Great garden produce is my best consumer experience this week, while another power outage is upsetting

Feds crack down on ‘Ab Circle Pro,’ other infomercial companies

Sometimes when I’m blogging into the night, infomercials come on and drone in my ear because I’m too intent on my writing to get up and go to the living room to turn them off.

The other night Kevin Trudeau, who’s been the subject of many lawsuits and legal action, was blasting in my ear about buying his book to get lots of money from the government.

Now, as a former government employee, I know you need to be low income to receive a number of items he was touting, such as energy grants and legal assistance.

I hardly believe any advertising I see on TV or hear on the radio these days.

That’s why I was pleased to see two actions yesterday by the Federal Trade Commission. 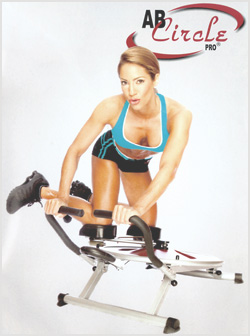 The FTC has filed deceptive advertising charges against the marketers of the Ab Circle Pro – an abdominal exercise device – who promised consumers that exercising on the device for just three minutes a day would cause them to lose 10 pounds in two weeks.

The defendants have agreed to settlements that provide $15 million to $25 million, depending on the volume of refunds consumers request.

Consumer Reports tested the Ab Circle Pro in 2010. The testing organization said in a statement that although the exercise device does engage core muscles, it burns no more calories than brisk walking.

If purchased through the infomercial, the Ab Circle Pro cost $200 to $250, while the price at different retailers varied widely. If you bought the Ab Circle Pro, you can submit a refund claim here.

At the request of the FTC, a U.S. district court ordered the marketers of three get-rich-quick systems, including “John Beck's Free & Clear Real Estate System,” to pay $478 million for deceiving close to one million consumers with phony claims that they could make easy money using their programs. The order also imposes a lifetime ban that puts three of the defendants permanently out of the infomercial and telemarketing businesses.

The order states that the telemarketers misled consumers using the infomercials for the John Beck program, as well as "John Alexander's Real Estate Riches in 14 Days" and "Jeff Paul's Shortcuts to Internet Millions."

The court found that despite the marketers' easy-money claims for the systems, which cost $39.95 each, nearly all the consumers who bought them lost money. In addition, the defendants sold personal coaching services, which cost up to $14,995, to consumers who purchased any of the three systems.

I’d like to see enforcement actions against telemarketers continue to protect consumers from these kinds of false marketing claims.