Home About Newsletter Categories Donate
What needs to be done to reduce food waste in America?
Feds crack down on ‘Ab Circle Pro,’ other infomercial companies

Last week, the Association of Private Sector Colleges and Universities filed a lawsuit against U.S. Department of Education rules that would require private institutions to disclose to students how much debt they could accumulate by enrolling. 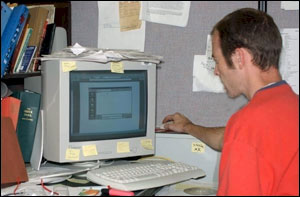 Preliminary data released by the department earlier this year indicates that many of the for-profit programs would be cast in a negative light by making the disclosures, which would reveal that students are shouldering massive debt burdens and are often unable to repay student loans, The Huffington Post said in an article.

The lawsuit, in my opinion, is ill advised. I think these disclosures are important consumer protection for students.

I was appalled to read recently that veterans are having big problems with the education they are receiving from private institutions. Quality at these schools varies widely, according to The Denver Post article “Veterans Who Won GI Bill Now Lobby to Reign in Abuses.”

The majority of veterans aren’t going to for-profit schools, but the majority of GI Bill dollars is spent at these private institutions, the article said.