Home About Newsletter Categories Donate
Looking for a cheap Thanksgiving flight? Get your ticket now and consider flying on Thanksgiving Day
Wine tasting is my best consumer experience this week, while restaurant charges disappoint

While the huge settlement with five big lenders for wrongdoing in processing foreclosures is good news for consumers, it’s encouraging to see action taken against a company involved in the housing meltdown. 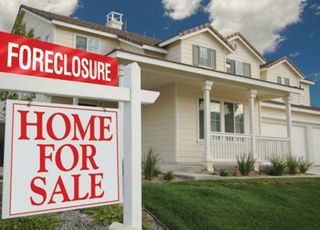 eAppraiseIT, formerly one of the nation's largest real estate appraisal management companies and its parent corporation First American Corp., agreed to a $7.8 million settlement today for colluding with Washington Mutual to inflate the values of homes.

“Coercion of appraisers to inflate home values and the erosion of appraisal independence directly contributed to the housing crisis,” New York Attorney General Eric T. Schneiderman said in a statement. “By giving in to lender pressure, these corporations violated a principle that is vital to restoring and maintaining a healthy housing market."

From early 2006 through late 2007, eAppraiseIT conducted about 10,000 appraisals for WaMu in New York state. Thousands of the appraisals were conducted by appraisers who were hand-selected by WaMu staff for a "proven appraiser list" with the expectation these appraisers would inflate property valuations, allowing more home loans to close at higher values, Schneiderman said.

eAppraiseIT also permitted WaMu loan officers to submit multiple reconsiderations of value, known in the industry as "ROVs," often without any evidence of error or proof that would support WaMu's efforts to increase the property values above the initial appraisal, he said.

I hope many more actions are filed against those responsible for the housing collapse. They need to be held accountable for the problems and suffering they have caused consumers.