Figuring out how to sift rocks is my best consumer experience this week, while trouble with a doctor bill disappoints

When I figured out how to make progress with a tough yard project, I was happy. However, I’ve been working to resolve a doctor’s bill for months.

My best consumer experience: Finding a way to separate rocks from dirt and weeds

Since the weeds in my yard got away from me this spring, I decided I was going to do some work so I wouldn’t have to weed areas in my yard over and over.

However, one project I took on has turned out to be very difficult.

About five years ago, I put down weed fabric with rocks on top on each side of my house. 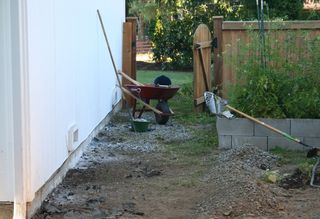 A lot of weeds were growing on one side of the house because an inch or two of dirt had blown in among the rocks. I decided to replace the black plastic weed fabric. 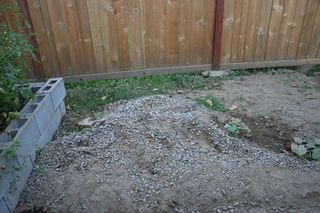 To get started, I raked the rocks into the dirt and weeds next to the black plastic. A big mistake. The rocks got mixed with dirt and bits of weeds, moss, and straw. It’s a big mess.

I thought it would be easy to get a screen and separate the rocks from the dirt. Not so. 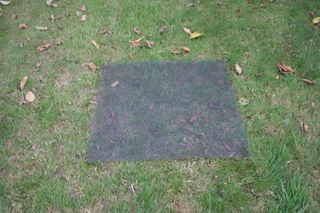 I bought a piece screen used in screen doors. The holes were too small. 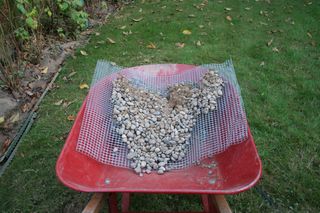 Next, I tried chicken wire. The holes were too big. A lot of the smaller rocks fell through, and I spent a lot of picking the bits of stuff out of the bigger rocks.

I got my hairdryer out and tried blowing the dirt and debris out of the rocks. It improved things, but wasn’t strong enough. 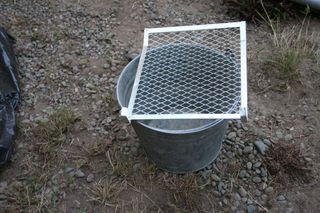 Next, I tried a paint screen I bought. It worked fairly well. 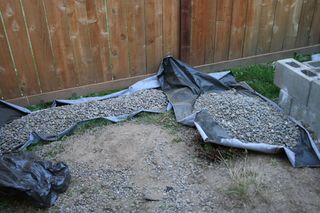 The pile of rocks on the left in the photo above doesn’t have as much debris in it as the pile on the right. But, again, the small rocks, dirt, and weeks fell through. 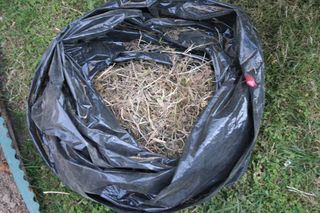 I spent a lot of time picking out the weeds, moss, and straw by hand, almost a garbage bag full. 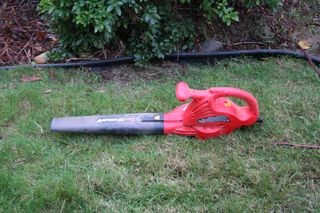 Friday, I decided to buy a leaf blower. I put three shovels of dirt on the chicken wire, then use the blower. It’s working much better. 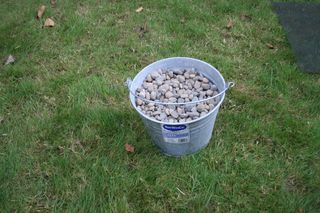 Today, I was able to sift about 10 buckets of rocks, probably as much I’ve done all together using other methods. 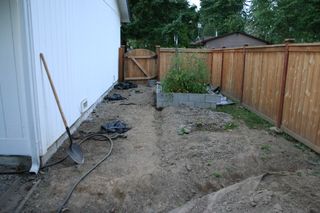 I’m getting near the end of my project, thank goodness. When it rains and makes mud, things are going to be a big mess.

I wish my kids and their spouses lived closer. I’d beg them to come and help me. Bending over the wheel barrel to remove bits of stuff and moving bags of rocks are giving me back pain.

My worst consumer experience: Trying to get a doctor’s bill settled.

Since I have osteoarthritis in my hands and elsewhere, my general practitioner referred me to a rheumatologist when I had some unusual numbing in my hands in the middle of the night and had to call 911 twice.

The rheumatologist told me there was nothing that could have been done to keep me from getting arthritis, and there was nothing he could for me. He said he couldn’t rule out the possibility that the numbness in my hand that day was caused by something else.

I had hoped for a more insightful visit, but have learned in my consumer work that you pay your medical bill regardless of the outcome.

What was strange was trying to get my bill paid. I have two insurances, and I couldn’t get the doctor’s office to send the bill to the second one.

When I called, the receptionist said Monday was the only day the billing clerk came to the office. I called five times. I wrote a note on the bill and sent it back.

When I received a bill highlighted in orange that I was going to be sent to collection if I didn’t pay the $82 in 10 days, I was exasperated.

I called the receptionist and told her I’d never had a problem like this with a doctor bill. I was willing to pay the bill, if it was the correct amount.

Finally, a message was left on my answering machine saying my bill had been “taken care of awhile back.”

If so, I wonder why they sent a bill early this month saying I was going to be turned over to collection.