Home About Newsletter Categories Donate
Breast Cancer Fund offers tips for cancer prevention
My best consumer experience this week is avoiding banging up my car, while service and food at Dairy Queen disappoints

After posting an article yesterday about the Breast Cancer Foundation’s recommendations for reducing toxic chemical use to prevent cancer, it was discouraging to read a Common Cause report that says chemical interests are spending massive amounts to block efforts to strengthen the 36-year-old Toxic Substances Control Act. 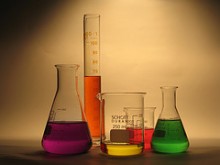 More than $375 million has been spent since 2005 to elect and influence industry friendly political leaders to fight updating the act, according to the report.

“The dimensions of chemical industry spending documented in this study, 'Toxic Spending,' are staggering,” James Browning, Common Cause’s regional director for state operations and author of the report, said in a statement. “By following the money, we see how and why the industry has been so successful in blocking attempts to strengthen the Toxic Substances Control Act.”

In the current campaign, the industry has put $23 million into Super PACs, supporting its favored candidates or opposing its adversaries, according to the study. Chemical interests have spent an additional $2.8 million on their own political advertising.

Andy Igrejas, campaign director for Safer Chemicals, Healthy Families, said in a statement that the report shows how the chemical industry continues to fight common sense limits on toxic chemicals:

Companies like Dow, DuPont, and ExxonMobil have constructed an elaborate political machine to shield their products from independent scrutiny, whether it's by the public or government scientists.

They are to blame for the lack of an effective chemical safety system in the country. They are also therefore to blame for that harm that chemicals have done to the millions of American families suffering any of the chronic diseases or conditions that have been linked to chemical exposure.

Safer Chemicals, Healthy Families is a coalition of organizations and individuals that is concerned about toxic chemicals in the home, workplace, and consumer products.

I recommend consumers join with the Breast Cancer Fund, Safer Chemicals, Healthier Families, the Washington Toxics Coalition, and other organizations to fight the efforts by the chemical industry to continue to use toxic chemicals in our food and consumer products.