While some people complain about government regulations, it’s good public policy that the U.S. Environmental Protection Agency is temporarily suspending BP from new contracts with the federal government. 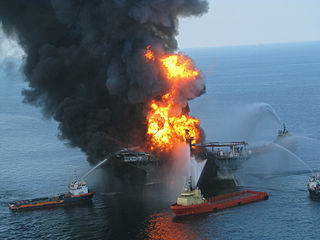 “The EPA is taking this action due to BP’s lack of business integrity as demonstrated by the company's conduct with regard to the Deepwater Horizon blowout, explosion, oil spill, and response, as reflected by the filing of a criminal information,” the agency said in a statement.

On Nov. 15, BP plead guilty to more than a dozen felony counts related to Deepwater Horizon, including 11 counts of manslaughter for negligence that caused the deaths of 11 workers on the Deepwater Horizon rig. The company also pleaded guilty to felony obstruction of justice for lying to Congress about the amount of oil spilled from its damaged well.

Suspensions are a standard practice when a responsibility question is raised by action in a criminal case, the EPA said.

The BP suspension will temporarily prevent the company and its affiliates from getting new federal government contracts or grants until the company can provide sufficient evidence demonstrating that it meets federal business standards.

The suspension doesn’t affect existing agreements BP may have with the government.