Consumers who are in the market for a new TV – maybe in time for Super Bowl Sunday – will find models that are bigger, better, smarter, and cheaper, according to the latest Consumer Reports TV tests. 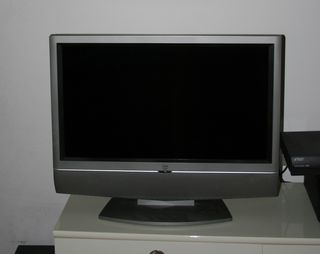 Consumers should be happy to know that TV prices are usually lowest in February and March, when manufacturers start shipping new models and retailers cut prices to sell off the old ones.

Significant new features on 2013 models aren’t expected, so consumers shouldn’t pass up great deals on top-rated 2012 sets, according to Consumer Reports. However, beware. Some TV bargains can be risky.

Super-low priced sets, especially from lesser-known brands, aren’t always the best deals, reports the consumer testing organization. Some of the lowest-scoring sets in Consumer Reports’s Ratings – with below-average marks for picture, sound, or both – include TVs from Coby, Element, Haier, TCL, and Westinghouse.

LCD TVs from LG, Panasonic, Samsung, and Sony have consistently been among the best performers in the Consumer Reports Ratings. Plasmas sets from Panasonic have been at the top, followed closely by Samsung and LG.

The Consumer Reports Ratings include more Smart TVs, or TVs that can connect to the Internet to stream video from online services, giving easy access to on-demand movies and TV shows.

All tested TVs with this capability offer Netflix, but the availability of other services like Hulu Plus, Amazon Instant Video, and Vudu varies by brand. A growing number have full browsers for surfing the Web, built-in Wi-Fi, and access to an apps market. In addition to streaming video services, most Internet-capable TVs let you connect to a music service such as Pandora, social networking sites such as Facebook, and Twitter, and even eBay.

See the article “Consumer Reports: Latest TV Sets Are Bigger, Better, Smarter, and Cheaper” for information on what size TV to buy, whether to choose plasma or LCD, what resolution is best, and whether to buy a 3D capable awr.

The full report, which features Ratings of 140-plus LCD and plasma TVs, can be found in the March issue of Consumer Reports, on newsstands January 31, and online at ConsumerReports.org.

This site is excellent and so is how the subject matter was explained. I also like some of the comments too. Looking forward to your next post.