Movies, midlife, the economy, retirement, and travel are topics for this week’s Best of Boomer Blogs

Sara Cornell of The Blue Blinds Blog is the host for this week’s Best of Boomer Blogs #297. The boomer blog roundup is a collection of like-minded blogs cooperating to share their best stories of interest to the Baby Boomer Generation. As cold winds blow, and even blizzards rage, boomer... Read more →

Last year, I wrote that the Academy Award nominated movies for 2011 were less dark and violent. Not so for this year. Unfortunately, the nominees for 2012 hugely reversed that trend. I was hopeful when I saw the nominated movies “Lincoln,” “Argo,” and “Silver Linings Playbook.” Those movies were excellent,... Read more →

AARP announces winners of Movies for Grownups awards for 2013

Every year, I write about the movies nominated for Academy Awards. I think Hollywood puts out too many terrible, violent movies. Along with violent TV programs and video games, I think all these violent images affect children and adults, leading to increased violence in society. Visit my blog Sunday for... Read more →

Last week, I was confused when I saw an article with the Mount Rushmore presidents on a Presidents’ Day article. Then, I looked it up. I was surprised to find that some people are looking at Presidents’ Day as broader than a day to celebrate the lives of George Washington... Read more →

I’m the host for this week’s Best of Boomer Blogs #296. The boomer blog roundup is a collection of like-minded blogs cooperating to share their best stories of interest to the Baby Boomer Generation. As we experience the last throws of winter, boomer bloggers have a lot on their minds.... Read more →

Taylor Farms Retail Inc. is recalling some of its Organic Baby Spinach products with the potential to be contaminated with Enterohaemorrhagic Escherichia coli. No illnesses linked to this recall have been reported, the company said in a statement. However, Taylor Farms advises consumers that if they have eaten its spinach... Read more →

Getting the coupon price for a gift is my best consumer experience this week, while a letter from my bank with an error disappoints 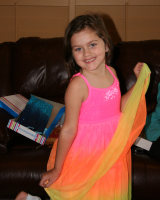 It brought joy to be able to give a nice present to my great-niece. However, I was furious to get a letter from my bank with a mistake. My best consumer experience: Getting the coupon price on a gift When my sister and I went to visit my niece in... Read more →

Can you find a good deal on a car at the Presidents’ Day sales?

New car sellers are advertising heavily to encourage consumers to buy at the Presidents’ Day sales this weekend. But are the “deals” really deals? Consumer Reports has analyzed the available offers and transactions to flag the best deals on American-made cars. It has eliminated any cars not on its Best... Read more →

After nearly five years of litigation, a settlement was announced Thursday on behalf of investors totaling $688 million in class actions against Merck & Co. Inc., Schering-Plough Corp., and Merck/Schering-Plough Pharmaceuticals. These two actions stem from claims that Merck and Schering, which merged in November 2009, artificially inflated their securities... Read more → 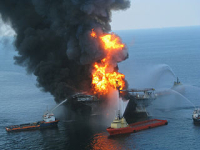 Transocean Deepwater Inc. pleaded guilty Thursday to a violation of the Clean Water Act for its illegal conduct leading to the 2010 Deepwater Horizon disaster and was sentenced to pay $400 million in criminal fines and penalties, Attorney General Holder said in a statement.    In total, the amount of... Read more →