Last week, I was confused when I saw an article with the Mount Rushmore presidents on a Presidents’ Day article. Then, I looked it up. 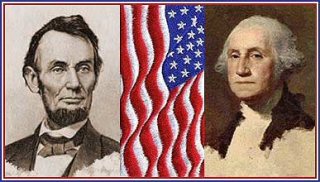 I was surprised to find that some people are looking at Presidents’ Day as broader than a day to celebrate the lives of George Washington and Abraham Lincoln. They also add Thomas Jefferson and Theodore Roosevelt, the two other Mount Rushmore presidents.

In additional, several articles said it’s a day to celebrate the lives and work of all presidents.

What? I decided to look up the official view of Presidents’ Day.

It’s George Washington's Birthday that is celebrated as a federal holiday on the third Monday in February. It’s one of 11 permanent holidays established by Congress.

Washington's Birthday was celebrated on February 22 until well into the 20th Century, according to the National Archives. However, in 1968 Congress passed the Monday Holiday Law to "provide uniform annual observances of certain legal public holidays on Mondays." By creating more three-day weekends, Congress hoped to "bring substantial benefits to both the spiritual and economic life of the nation."

Contrary to popular belief, neither Congress nor the president has ever stipulated that the name of the holiday observed as Washington's Birthday be changed to "President's Day."

Interesting. For myself, I’m sticking with Washington and Lincoln.