Home About Newsletter Categories Donate
This week’s Best of Boomer Blogs offers comments on population growth, television, travel, and the meaning of mid-life.
Paying off my mortgage is my best consumer experience this week, while low-quality customer service from Comcast disappoints, again

More couples fight about a messy house than money

One of the first arguments I had after I got married was about housework. I didn’t like doing it much, and my former husband said he didn’t want to do it either. 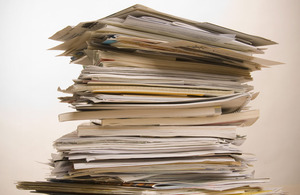 About 40 percent of couples said they fight more about messes than money in a survey by ShopSmart magazine, a publication of Consumer Reports.

“Our poll found that men and women have different opinions about being organized and dealing with clutter,” Lisa Lee Freeman, editor-in-chief of ShopSmart, said in a statement.

When it comes to common tasks including driving, watching TV, or remembering birthdays and appointments, returning items to their proper place is the top point of contention between men and women. ShopSmart’s poll found that when it comes to putting things away properly, women were a lot more likely to report being different from their partner, 69 percent, than men, 51 percent.

As to who’s the messiest in their relationship, 26 percent of women in the survey admitted that they were the messier partner compared to 39 percent of men who claimed to be.

ShopSmart’s poll also reported on what people do when their partner leaves stuff out of place:

In the survey, most men and women agreed on the two things that drive them crazy when they’re out of place: keys and bills.

The March 2013 issue of ShopSmart offers a report on organizing and more survey results from its national poll of about 500 couples about their attitudes toward household clutter.

I like your post about how people handle clutter and messy houses. Well, I'm not so good at putting things away, so I'm usually on the receiving end of the complaining. Fortunately, my current husband was trained very well by his first wife. And, he is more likely to just pick things up and put them away than to b*tch and moan. However, keys and bills ARE an issue... and I hear about those two things even when I haven't touched either of them. Cool study.