I hope you’re having a great Valentine's Day so far. If you still need help with ideas for your partner or love interest, see my article “Top 10 tips for Valentine’s Day 2013.” Of the 10 articles listed, readers especially like “Five Steps for Wowing Your Favorite Female on Valentine’s... Read more →

Posted at 11:18 AM in Consumers, Gifts, Holidays, Relationships | Permalink | Comments (0) 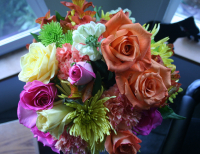 The average person is planning to spend $131 on Valentine’s Day on candy, cards, gifts, and more, up from $126 last year. The total spending for the holiday will reach $18.6 billion, according to the National Retail Federation. A mix of traditional and non-traditional Valentine’s Day gifts will be popular... Read more →

Five steps for wowing your favorite female on Valentine’s Day

How will your 2013 Valentine’s Day be remembered? Ernest Quansah, relationship specialist and author, offers these suggestions for wowing the special woman in your life. 1. Anticipation Before the big day, drive her wild with anticipation by telling her that you have the most amazing surprise for her. This promise... Read more →

Are there any Valentine’s Day deals out there?

It’s almost Valentine’s Day. If you’re still shopping and want a good price for your sweetheart’s gift, here are some suggestions from dealnews.com: Avoid price increases on jewelry by finding a coupon or credit. Check department stores for lingerie rather than lingerie-specific stores. Don’t expect discounts on high-end chocolates. Look... Read more →

State of the Union offers much for consumers, but is lacking on housing and benefits for older Americans

Watch out as Valentine’s Day approaches for online romance scammers

Valentine’s Day is a day for romance, but it can also be a time for scammers to take advantage of those looking for love online The Better Business Bureau is urging consumers be careful before letting their hearts – and their money – get stolen. Don’t be a catfish. In... Read more → 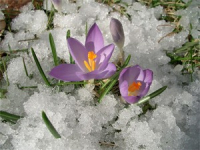 Tom Sightings of Sightings Over Sixty is the host for this week’s The Best of Boomer Blogs #295. The boomer blog roundup is a collection of like-minded blogs cooperating to share their best stories of interest to the Baby Boomer Generation. This week February offering, boomer bloggers are writing about... Read more →

Recall of the Week: Ski-Doo snowmobiles due to fire hazard 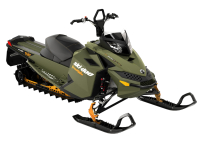 BRP is recalling about 10,200 Ski-Doo snowmobiles. The fuel pump inlet fitting can come into contact with the oil tank and break, leading to a fuel to leak that poses a fire hazard, the company and U.S. Consumer Product Safety Commission said in a statement. The firm has received three... Read more →

Paying off my mortgage is my best consumer experience this week, while low-quality customer service from Comcast disappoints, again

Saying goodbye to my mortgage is making me very happy. However, I’m extremely frustrated with the customer service I had from. My best consumer experience: Making my last mortgage payment I’m elated that my mortgage is paid off. It’s quite a milestone. I’m going to have a party to celebrate.... Read more →

More couples fight about a messy house than money

One of the first arguments I had after I got married was about housework. I didn’t like doing it much, and my former husband said he didn’t want to do it either. About 40 percent of couples said they fight more about messes than money in a survey by ShopSmart... Read more →