Home About Newsletter Categories Donate
Tips for Easter and springtime for you and your pet
EPA proposes cleaner gas and car standards, aimed at slashing pollution and improving health

Consumers who don’t shop around for their prescription drugs may be paying significantly more. 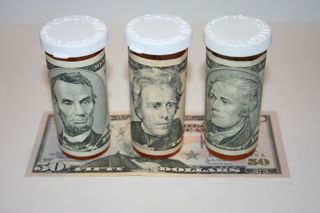 Failing to comparison shop could result in overpaying by as much as $100 a month or even more, depending on the drug, Consumer Reports said in the May issue of the magazine.

While consumers can find low drug prices at Costco, consumers may find a good deal too at their local independent pharmacies, Consumer Reports said.

Consumer Reports’ secret shoppers called more than 200 pharmacies throughout the nation to get retail prices – what you would pay without insurance – on a month’s supply of five best-selling drugs that have recently become available as generics:

The result? A difference of $749, or 447 percent, between the highest and lowest priced stores.

If you shop around, you could find a month’s supply of generic Lipitor at a cost of $17 at Costco. However, if you purchase it from CVS, you could pay $150. That’s a difference of $133. Rite Aid and Target were also pricey, the Consumer Reports’ shoppers found.

For the antidepressant Lexapro, a month’s supply of the generic version cost $7 at Costco and $126 at CVS. Rite Aid, grocery stores, and Walgreens also charged high prices on average, Consumer Reports found.

Generic Plavix, which is prescribed to people with cardiovascular disease, was also available at widely varying prices. For example, on the low end, a month’s supply was available at $12 through Healthwarehouse.com and $15 at Costco, while CVS quoted $180 when Consumer Reports’ secret shoppers asked about prices.

For the market basket of drugs Consumer Reports checked, independent and grocery store pharmacies’ prices varied widely between stores, sometimes offering the cheapest and the most expensive price for the same drug.

The report is available where magazines are sold, in libraries, and online at www.ConsumerReports.org.