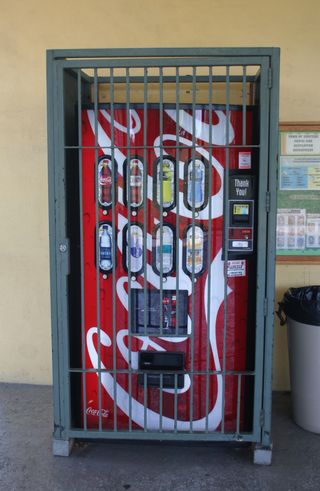 Both groups received grants from Coca-Cola, with the national NAACP receiving at least $2.1 million from the soda company since 1986, including $100,000 as recently as December. The Hispanic Federation also lists Coke as a donor.

In addition to courting civil rights or minority groups, the soda industry, over the years, has given money to – and cultivated relationships with – groups representing doctors, dentists, dietitians, anti-hunger advocates, and others.

A report by the Center for Science in the Public Interest, called “Selfish Giving,” shows that when Big Soda is under siege, as it was in 2009 when defending against a possible national soda tax to pay for health care reform, it can call on its nationwide network of organizations that have received grants to leap to its defense.

The soda industry organized groups to oppose a 2008 soda tax proposal in New York State and two 2012 soda-tax ballot initiatives in the California cities of Richmond and El Monte. All of the tax proposals were defeated.

“Big Soda's giving isn’t solely motivated by its love for the arts or its concern for minorities' or anyone else's health,” Michael F. Jacobson, executive director of the center, said in a statement. “Makers of sugar drinks give to burnish their soiled reputations. They give so they can soften, or even silence, potential criticism. But mainly the industry gives so when provoked it can activate an instant Astroturf army to advance its extreme, anti-health agenda.”

The soda industry also is forging financial partnerships with city governments, which can have the effect of silencing municipal leaders' criticism of sugar drinks, according to the report. Last year, Miami Beach, Dayton, Ohio, and Ocean City, Md. all signed deals making Coke the “official soft drink” of those cities.

And while some cities were aggressively proposing taxes or prohibiting sugar drinks in public facilities, the American Beverage Association partnered with the cities of Chicago and San Antonio on a wellness contest centered on another favorite industry theme: personal responsibility over government intervention.

The soda industry’s philanthropic focus on African American and Latino organizations is particularly troubling because those communities suffer disproportionately from obesity and soda-related diseases, Jacobson said.

The soda industry’s coopting of nonprofit groups is like the tobacco industry’s tactics in the 1980s and 1990s, when it enlisted minority groups that received grants to oppose curbs on smoking or tobacco advertising, he said. The New York state chapter of the NAACP, for example, worked with the tobacco industry to oppose separate non-smoking areas in restaurants and other public facilities.

“The industry playbook is clear – make philanthropic donations to divide and conquer the very constituencies these policies would ultimately benefit,” said Anthony Iton, M.D., senior vice president of The California Endowment, a health-oriented foundation. “Big Soda has learned well from Big Tobacco. But, as more Americans start to see through their cynical tactics, public opinion will shift to protect children, not profits.”