Nearly all of the meals offered to kids at America's top chain restaurants are of poor nutritional quality. 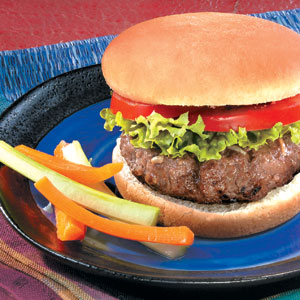 Fried chicken fingers, burgers, French fries, and sugar drinks continue to dominate the kids' meal offerings, according to a report to by the Center for Science in the Public Interest. The report found 97 percent of the nearly 3,500 meal possibilities didn’t meet the center's nutrition criteria for four- to eight-year-olds.

"One out of every three American children is overweight or obese, but it's as if the chain restaurant industry didn't get the memo," Margo G. Wootan, nutrition policy director for the center, said. "Most chains seem stuck in a time warp, serving up the same old meals based on chicken nuggets, burgers, macaroni and cheese, fries, and soda."

One chain with improvements is Subway, according to the report.

All eight of Subway restaurants' Fresh Fit for Kids meal combinations met the center’s nutrition criteria. Subway is the only restaurant chain that doesn’t offer sugar drinks as an option with its kids' meals, instead including low-fat milk or bottled water along with apple slices with all of its kid-sized subs.

Meals that meet the center’s criteria can’t have more than 35 percent added sugars by weight or more than 770 milligrams of sodium. The criteria require meals to make a positive nutritional contribution either by providing at least half a serving of fruit or vegetable, including an item that is 51 percent or more whole grain, or including specified levels of vitamins or fiber.

The center’s criteria exclude sugar drinks in favor of water, juice, or low-fat milk. The association's standards are similar, though they allow more calories.

Some of the least healthy kids' meals available at chain restaurants include:

At 19 chains, none of the possible combination of the items offered for children met the center's nutrition standards. At nine of the 19 chains, including McDonald's, Popeye's, Chipotle, and Hardee's, no meals met the associations Kids LiveWell standards.

The center’s last review of the nutritional quality of kids' meals at chain restaurants was in 2008. Overall, chains have made little progress since then.

The center’s report recommends that companies: