Facts and figures for Mother’s Day this year

The driving force behind Mother's Day was Anna Jarvis, who organized observances in Grafton, W.Va., and Philadelphia on May 10, 1908. 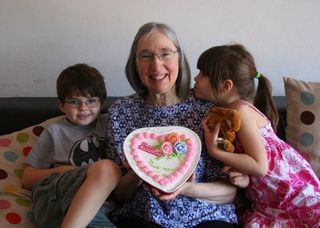 As the annual celebration became popular around the country, Jarvis asked members of Congress to set aside a day to honor mothers. She succeeded in 1914, when Congress designated the second Sunday in May as Mother's Day.

Consumers will spend an average of $168.94 on mom, up 11 percent from last year’s $152.52, according to a survey by the National Retail Federation. Total spending is expected to reach $20.7 billion.

While traditional gifts such as flowers, clothing, and gift cards will still be popular, many consumers will stretch their budget this year and treat mom to a tablet, smartphone, or necklace she’s had her eye on.

The survey found 14 percent – the highest in the survey’s history – of shoppers this Mother’s Day will spend more than $2.3 billion on electronics, up from $1.6 billion last year. More than one-third of gift givers will buy jewelry, spending a total of $4.2 billion, up from $3.7 billion last year.

In addition, gift givers will spend money on a special outing, such as brunch or dinner, $3.5 billion; flowers, $2.3 billion; gift cards, $2 billion; clothing or clothing accessories, $1.7 billion; and personal service gifts, such as a day at the spa, $1.5 billion.

Here are facts and figures from the U.S. Census Bureau on moms for Mother’s Day this year:

Number of women between the ages of 15 and 50 who gave birth in the past 12 months.

The percentage of mothers who had given birth in the past 12 months who had a bachelor's degree or higher and 84 percent of mothers have at least a high school diploma.

The most popular baby names for boys and girls in 2011.

Percentage of women age 16 to 50 who had a birth in the past 12 months who were in the labor force.

Number of custodial mothers who were owed child support in 2009.

Percentage of births in the past 12 months that were to women age 15 to 50 who were unmarried, including divorced, widowed, and never married women.

So best wishes to moms everywhere on this important holiday. There’s no job more difficult or rewarding than being a mom. What mom’s do every day in caring for their children contributes to the health and wellbeing of our society.