Home About Newsletter Categories Donate
How baby boomers can improve their lives, health, and understanding of the workplace are the topics for this week’s Best of Boomer Blogs
Recall of the Week: Swan Creek loose votive candles due to fire hazards

Beach pollution report: What are America’s best and worst beaches?

America’s beaches had more than 20,000 closing and advisory days for the third consecutive year because of polluted water or threatened contamination, according to the 23rd annual beachwater quality report by the Natural Resources Defense Council. 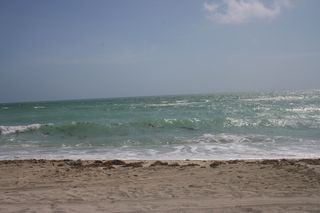 More than 80 percent of the closings and advisories were issued because testing revealed bacteria levels in the water violated public health standards, the council said. The main cause of this pollution is stormwater runoff and sewage.

The report examines the causes of water pollution that effect America’s beaches and offers ways to keep pollution out of beaches, lakes, and rivers.

The report provides a five-star rating guide for consumers to 200 of the nation’s popular beaches, evaluating them for water quality and best practices for testing and public notification. This year, the report awards 13 beaches with a five-star “Superstar” rating, and highlights 11 “Repeat Offenders,” which repeatedly exhibit chronically high bacteria counts.

America’s beaches issued a total of 20,120 closing and advisory days nationwide. This year’s report found that water quality at America’s beaches remains largely unchanged, with 7 percent of beachwater samples nationwide violating public health standards in 2012, compared to 8 percent in 2011 and 2010 and 7 percent each year from 2006-2009.