Home About Newsletter Categories Donate
Should you throw away your duplicate photos?
Recall of the Week: Kichler Lighting chandeliers due to injury hazard

Recently, I was confused when I heard on the news that you don’t need to worry about how much salt you consume. It looks like some of the press got it wrong 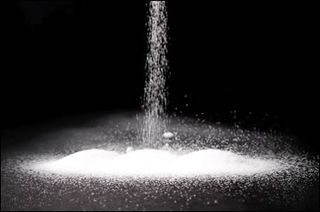 The president of the Institute of Medicine said that "some press coverage misstated" the conclusions of the organization's recent report on sodium intake and health outcomes.

In a letter to Secretary of Health and Human Services Kathleen Sebelius, Harvey V. Fineberg, president of the institute, wrote that "the evidence linking sodium intake to health outcomes supports current efforts by the Centers for Disease Control and Prevention and other authoritative bodies to reduce sodium intake in the U.S. population below the current average adult intake of 3,400 mg per day."

However, the Center for Science in the Public Interest, a consumer advocacy group, said The New York Times did misstate the report's findings in an article and an editorial, giving readers the impression that consuming less sodium might be harmful.

The institute report said that evidence that very-low-sodium intakes might harm the general population was "insufficient and inconsistent."

Some of the studies suggesting harm in people with congestive heart failure involved Italian patients who were being subjected to an aggressive treatment not used in the United States, the center said. And, since the publication of the institute report, the medical journal Heart retracted a meta-analysis that included two of those Italian studies because they contained duplicated data, and the researchers said they lost the raw original data.

Center Executive Director Michael F. Jacobson criticized the Times' coverage of the institute report in a column in The Huffington Post and in a letter to Times editors signed by leading sodium experts.

"Health experts here and around the globe, including the American Heart Association, the National Institutes of Health, and the World Health Organization have urged the public to cut back on salt to reduce their risk of high blood pressure, heart attack, stroke, and other life-threatening health problems," Jacobson said. "The Times and some other media outlets undercut what should be the most important take-home message for consumers – consume less sodium."

So, keep up those efforts to reduce the amount of salt you eat. It’s difficult because processed foods contain so much salt as do restaurant foods.

Meanwhile, consumer advocates and health care professionals continue to call for government regulation of salt, fat, and sugar in food in order to curb America’s growing obesity problem. The Obama Administration so far is relying on voluntary measures, which critics say aren’t working.