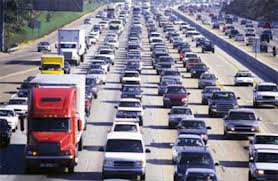 Among the findings of a Consumer Federation of America analysis of the sale of minimum liability coverage, which state governments require, are:

“Auto insurers charge high premiums for minimal coverage to most working people, even those with perfect driving records, who live in urban areas,” said Stephen Brobeck, the federation’s executive director. “Since most Americans need a car and almost all states require the purchase of auto insurance, many lower-income workers are faced with the choice of paying these high, and often unaffordable prices, or breaking the law by driving without insurance.”

The federation estimates that one-quarter to one-third of drivers with household incomes under $36,000 – 40 percent of all households – are uninsured.

The federation used the websites of insurers to determine whether they use education and occupation in their pricing and, if so, the impact of the use of these factors.

Five of the 10 auto insurers – GEICO, Progressive, Liberty Mutual, Farmers, and American Family – apparently use education and occupation in their rate-making in most states, according to the federation.

To help make auto insurance more affordable to working people, the federation is working to curtail the use of discriminatory factors in rate-making and to create state programs, such as the one in California, that allows lower-income, good drivers to buy required liability coverage at reasonable rates, Brobeck said.

In the past 18 months, the federation has released a series of reports showing that low- and moderate-income drivers in urban areas are charged high, and often unaffordable, auto insurance premiums for the minimum liability coverage required by all states except New Hampshire. The reports also reveal discriminatory practices that disadvantage drivers who are single, rent, lack continuous insurance coverage, live in moderate-income area, and, in this latest analysis, have less education or work in low-paying, low-status occupations, he said.