Home About Newsletter Categories Donate
Health care workers suffer most on-the-job injuries, illnesses, but have few federal safety protections
Deflation, food, and travel are the topics for this week’s Best of Boomer Blogs

Recall of the Week: Sears Kenmore dehumidifiers due to additional reports of fires, burns

Sears is reannouncing a recall of about 795,000 Kenmore dehumidifiers due to additional reports of fires and burns and a low consumer response rate. The dehumidifiers were previously recalled in August 2012. 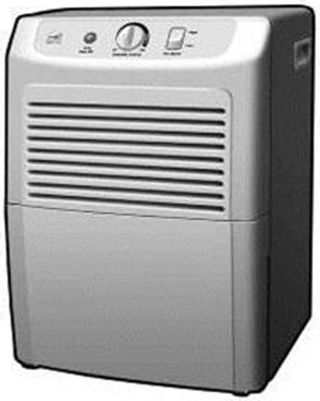 The dehumidifiers can overheat, smoke, melt, and catch on fire, posing fire and burn hazards to consumers, the company and U.S. Consumer Product Safety Commission said.

Sears has received seven additional incident reports of shorting and fire associated with the dehumidifiers, including one incident with a severe burn to a consumer’s foot and three fires resulting in more than $300,000 of property damage.

The dehumidifiers are made of white plastic and are between 21 and 24 inches tall, about 15 inches wide, and about 13.5 inches deep. They have a fan, humidity controls, and a Kenmore logo on their top front panels. Some models include remote controls.

With front-loading water buckets, the model number of the dehumidifiers can be found on the right side of the interior of the unit once the bucket has been removed.

Consumers should immediately turn off and unplug the dehumidifiers, the company and commission advise, and contact the Recall Fulfillment Center to receive a Sears gift card for either $75, $80, $90, or $100, which can be used at any Sears or Kmart store or at Sears.com or Kmart.com.

The gift card amount will depend on the capacity and year of the dehumidifier.

Instead of a gift card, consumers can request a check for the refund amount.

Consumers with recalled units will also receive a $25 coupon that can be used at Sears department stores or Sears.com toward the purchase of a new Kenmore dehumidifier.

Manufactured in China, the dehumidifiers were sold at Sears and Kmart stores nationwide and Sears.com and Kmart.com from 2003 to 2009 for between $140 and $220.

For more information, call LG Recall Fulfillment Center at 855-400-4641 between 8 a.m. and 7 p.m. CT Monday through Friday and between 8 a.m. and 2 p.m. CT Saturday. Consumers also can determine whether their product has been recalled and register for the refund at www.Kenmoredehumidifierrecall.com.

For details on other recalls, go to www.recalls.gov.