How baby boomers are reinventing retirement

Every day, about 8,000 baby-boomers celebrate their 65th birthday. 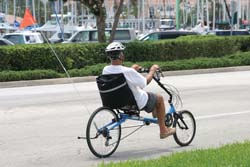 That’s the age Americans have been retiring at for decades. But baby boomers, the largest American age group so far, are changing retirement just as they’ve affected the country’s institutions and social systems since they burst on the scene.

Here are eight ways baby boomers, born between 1946 and 1964, are reinventing retirement, according to Kiplinger.

More career second acts – About 70 percent of pre-retirees expect to do some work during their retirement years and more than half of those want to launch a new career. Nearly half say “stimulation and satisfaction” are the main reasons they want to work in retirement.

An older dating scene – Unlike their parents, a significant percentage of boomers will retire alone and more than half of single boomers say they’re open to dating. Boomers are one of the fastest-growing segments of the $2.1 billion matchmaking industry.

New focus on fitness – Boomers are hitting the gym at record rates. In addition to the desire to look younger, boomers have a powerful financial incentive to get in shape as health insurance companies are rewarding policyholders who take care of themselves.

Helping family financially – Despite worries about their own retirement security, boomers are writing checks for family members on both sides of the generational divide. About 52 percent are providing their children with financial support and 16 percent are helping their parents or in-laws.

A rise in volunteering – About one-third of adults age 55 and older volunteer their time for various causes. And volunteer organizations are eager to enlist boomers as they have more education than previous retirees and bring skills and life experiences that charities value.

Aging in place – Numerous studies show that most boomers want to remain in their homes as long as possible, but often it’s not realistic to stay in a four-bedroom, two-car-garage home. Solutions? Cohousing, featuring condos clustered around a central courtyard or home improvements that make the house more age-appropriate.