Home About Newsletter Categories Donate
Warning: Detergent packets could kill or injure your child, grandchild
How to organize your photos

Recall of the Week: Chevy Cruze compact cars due to brake problem 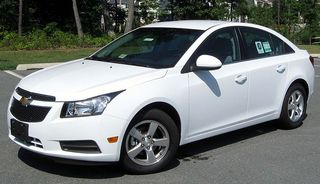 General Motors is recalling nearly 293,000 Chevrolet Cruze compact cars in the United States from model years 2011 and 2012 because the power-assisted brakes can fail.

In Cruzes with six-speed automatic transmissions and 1.4 liter turbo engines, intermittent loss of brake could force drivers to apply extra pressure to the brake pedals to stop their vehicles.

GM says the Cruze brake problem has caused 27 low-speed crashes but no injuries.

Consumers who own the recalled cars can take them to their dealerships, which will replace a switch in the power brake system to address the problem.