Should you print out any of your digital photos?

After spending most of four days organizing two large boxes of printed photos from years ago, I realized that I haven’t been regularly printing out my digital photos recently. 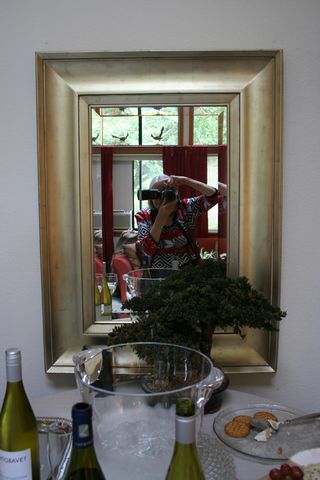 Is that a good thing or a bad thing?

While spending days working on this set of photos, I did think several times that I’d never print out another photo. However, there are good reasons to print out some of your digital photos. They are:

Family photo albums are fun to look at

When you get together with family or friends, it’s easier to gather around a photo album than show others your photos on Facebook or on your iPhone. And kids love to look through photo albums, especially ones of when they were little.

I have my parents’ black-and-white photos from both of their families. They’re amazing to look at. I have thousands of photos, which I’m organizing, and I’ll be making albums of my best photos for my kids. They’ve already told me they don’t want all of my photos. I have about 50 notebooks full now, and I’ll have about 100 when I’m finished organizing them.

When a friend of mine moved across the country recently, another friend decided it would be a nice going-away present to give her an album of photos of her life in our community. Since I’m the one with 50 photo albums, I was called on to gather photos of our friend. She loved the album we gave her. I also gave her five, framed 8 x 10s of the best photos.

You’ll have some photos if your computer crashes

Please back up your computer so you can retrieve your photos if your computer crashes. I’ve just purchased an external hard and will use the Apple’s Time Machine function to back up my photos. As a photojournalist, I have thousands of photos. It would be a disaster if I lost them.

You can see how photos look for possible enlargements

I’ve begun having some of my best photos printed in 8 x 10 when there’s a sale on that size. I’m going to frame the best of them and hang them all over my house.

In 20 years, the technology for computers may be completely different and your current photo files may be unreadable. Think floppy disks, then the smaller, hard disks that followed. Also, the cloud companies where you’re filing your photos may not be in business in 20 years.

How should you decide which digital photos to print out?

I take a lot of photos. It’s what I learned in my photojournalism classes.

When I have photos printed, I’ve been selecting the best one or two dozen from an event. I think that’s too many.

What I’m going to do now is make a file on my desktop labeled for the current month. I’ll put my best two or three photos from each event in the file. Then, at the end of the month, I’ll send the photos to Walgreens to be printed. That’s where I’m taking my photos to be printed after Ritz Camera went out of business here.

Consumers can also print out their own photos on photo paper. See “How to Print Professional Quality Photos on Your Printer” for details.

In a survey on Digital Photography, the most of the more than 20,000 voters who responded indicated they print out one in 100 digital photos.