Home About Newsletter Categories Donate
Health, romance, technology, and travel are topics for this week’s Best of Boomer Blogs
JPMorgan Chase admits it broke the law and agrees to pay $1 billion in fines

Although there are a lot of things to write about on my list today, I guess I’ll write about mass killings – again. I’m shocked by the killing of 12 people at the Washington Navy Yard in Washington, D.C. 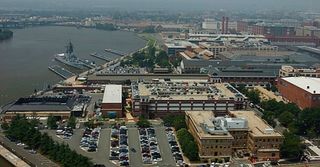 It just seems so clear to me: enact stronger gun control laws and improve programs for the mentally ill.

Here’s what I’ve written in the last year about mass killings:

In the first article, I suggested a Blue Ribbon Panel be set up. It would look at gun control, mental illness programs, hate mongering, violent images aimed at children, youth programs, and other possible causes of mass killings including job related triggers.

On Facebook Tuesday, David Horsey, Los Angeles Times political cartoonist, asked if anyone was shocked by the mass killings at the Naval Yard Monday. I replied, “Yes.” It’s shocking that Americans and lawmakers are just sitting and watching as more and more shootings occur.

A friend of mine was on a walk in a park in my Washington state community. He saw two men with machine guns. He went up to them and asked them if the guns were real.

Washington state has an “open carry” law, a law that allows people to visibly carry loaded guns in public. That’s just plain wrong. We must have stronger gun control laws.

More than 20 mass shootings have occurred during the Obama presidency, according to a Huffington Post article. See “We’ve Had So Many Mass Shootings in the U.S., We’ve Had to Redefine the Term” for a listing.

Monday, the suspected gunman, Aaron Alexis, entered the Navy Yard with a shotgun he’d legally purchased in Lorton, Va., although he had previously been arrested for gun-related incidents, a NBC News article said. Alexis gathered weapons from his victims as he went. About 3,000 Navy employees go to work in the Navy Yard every day, many of them carrying authorized firearms, the article said.