Recall of the Week: Honda minivans and SUVs due to faulty airbags 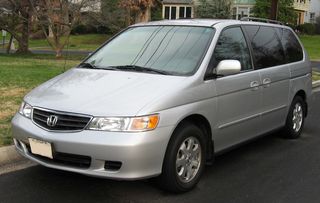 Honda Motor Co. is recalling about 318,000 Odyssey minivans sold in the U.S., along with 56,000 Acura MDX sport-utility vehicles.

Another 23,300 of the Odyssey models and 4,800 of the Acura SUVs sold in Canada also are being recalled.

In addition, the Acura MDX recall covers 1,000 vehicles in Japan and nearly 1,600 in Australia.

Honda said it received complaints recently that the airbag opened unnecessarily in the 2003 and 2004 model year Odyssey and the 2003 Acura MDX because the computer chip for airbag deployment was responding to electrical interference.

A part called an electrical noise filter needs to be installed to prevent the problem, the company said.