Home About Newsletter Categories Donate
JPMorgan Chase admits it broke the law and agrees to pay $1 billion in fines
Recall of the Week: Honda minivans and SUVs due to faulty airbags

Last week, I wrote about death and disability rates for diseases over two decades. 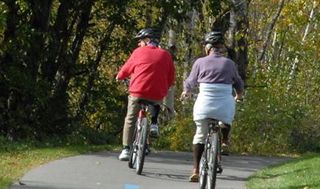 In my article, I included a fascinating chart, which I was finally able to figure out. Blue arrows went down for the diseases and injuries that decreased between 1990 and 2010, including HIV/AIDS.

Then, red arrows went up for diseases and injuries that increased during the same period. Alzheimer’s disease went from 33rd in the listing to 11th.

Baby boomers don’t like to talk about Alzheimer’s or even think about it.

More than 35 million people worldwide live with dementia today, according to the CNN article “Overwhelming Burden, Cost of Alzheimer’s to Triple, Report Says.” By 2050, that number is expected to more than triple to 115 million. The majority require constant care.

Tips for maintaining your brain health from the Alzheimer’s Association are:

A list from Webmed.com on healthy aging has the same tips offered above and these additional ones:

Good luck to us all. Five people that I know have been diagnosed with Alzheimer’s disease. It’s a real concern for baby boomers as they get older.