Elizabeth Warren is right on: Say ‘no more’ to conservatives who pull political stunts

Sen. Elizabeth Warren (D-Mass.) is glad that the government shutdown is over, but she’s angry that a reckless faction pulled a political stunt that was so costly to so many. 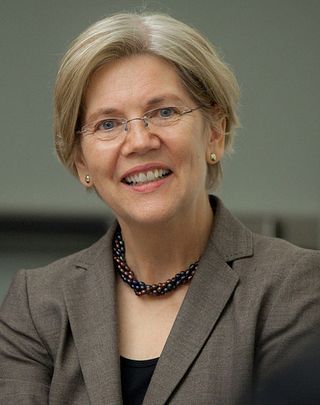 I agree with Warren totally. Here’s the e-mail she sent out about the shutdown and near government default:

I'm glad that the government shutdown has ended, and I'm relieved that we didn't default on our debt.

But I want to be clear: I am not celebrating tonight.

Yes, we prevented an economic catastrophe that would have put a huge hole in our fragile economic recovery. But the reason we were in this mess in the first place is that a reckless faction in Congress took the government and the economy hostage for no good purpose and to no productive end.

According to the S&P index, the government shutdown had delivered a powerful blow to the U.S. economy. By their estimates, $24 billion has been flushed down the drain for a completely unnecessary political stunt.

The Republicans keep saying, "Leave the sequester in place and cut all those budgets." They keep trying to cut funding for the things that would help us build a future. But they are ready to flush away $24 billion on a political stunt.

We have serious problems that need to be fixed, and we have hard choices to make about taxes and spending. I hope we never see our country flush money away like this again. Not ever.

Thanks, Elizabeth. You are such a great voice for American consumers.