Following a four-week trial, a federal jury in Manhattan decided Wednesday that Bank of America is liable for fraud on claims related to defective mortgages sold by its Countrywide unit. 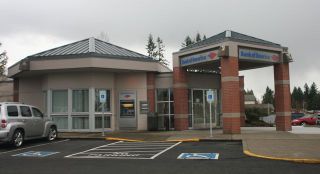 The jury also found former Countrywide executive Rebecca Mairone liable for defrauding the United States. Mairone was the only individual named as a defendant in the government’s lawsuit.

Last year, federal prosecutors filed a $1 billion-plus lawsuit against the bank charging that it engaged in a scheme to defraud Fannie Mae and Freddie Mac, government controlled companies that resell mortgages.

The lawsuit alleged that from at least 2007 through 2009, Countrywide Financial and Countrywide Home Loans, and later Bank of America after acquiring Countrywide in 2008, carried out a new loan process called the High Speed Swim Lane or “Hustle.”

The Hustle was intentionally designed to process loans at high speed and without quality checkpoints, the lawsuit said. The purpose was to generate thousands of fraudulent and defective residential mortgage loans sold to Fannie Mae and Freddie Mac that later defaulted, causing more than $1 billion dollars in losses and thousands of foreclosures.

“Almost a year to the day after we brought suit, a unanimous jury has found Countrywide, Bank of America, and senior executive Rebecca Mairone liable for making disastrously bad loans and systematically removing quality checks in favor of its own balance,” Manhattan U.S. Attorney Preet Bharara said. “As demonstrated at trial, they adopted a program that they called “the Hustle,” which treated quality control and underwriting as a joke.

“In a rush to feed at the trough of easy mortgage money on the eve of the financial crisis, Bank of America purchased Countrywide, thinking it had gobbled up a cash cow,” Bharara said. “That profit, however, was built on fraud, as the jury unanimously found.

“In this case, Bank of America chose to defend Countrywide’s conduct with all its might and money, claiming there was no case here,” he said. “The jury disagreed.”

The lawsuit was the first civil fraud suit brought by the Department of Justice on mortgage loans sold to Fannie Mae and Freddie Mac.

The judge who presided over the trial, U.S. District Judge Jed Rakoff, will determine the amount of any civil penalty later.

The U.S. Department of Justice has said it would ask Rakoff to award up to $848.2 million, the gross loss it said Fannie and Freddie suffered on the loans, according to a HuffingtonPost article.

The win is a big success for the government in one of the few national trials related to the 2008 financial crisis.