Facts and figures for Thanksgiving 2013

What are your plans for Thanksgiving? Will you be following family traditions or making new ones? 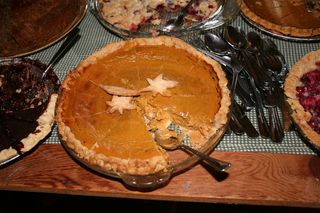 Here are some facts and figures on what’s happening in the nation this year on Thanksgiving Day, the day when Americans gather together to give thanks for all that they have.

Most Americans will be having Thanksgiving dinner at home, inviting friends and family to join them.

About 88 percent of U.S. households eat turkey on Thanksgiving, according to EatTurkey.com. At an average weight of 16 pounds a turkey, that adds up to 736 million pounds that will be eaten this Thanksgiving.

The estimated cost of a Thanksgiving Day dinner for 10 is $49.04, a 44-cent price decrease from last year’s average of $49.48, according to the American Farm Bureau Federation’s 28th annual informal price survey of classic items served for the celebration.

That’s about 7 percent of Americans eating at a restaurant for Thanksgiving, up from 6 percent the past two years, according to a survey by the food research and consulting firm Technomic.

About 43.4 million Americans will travel 50 miles or more from home during the Thanksgiving holiday, a decrease of 1.5 percent from the 44 million people who traveled last year, according to AAA. This decrease is slightly less than last Thanksgiving’s four-year peak after the recession-driven declines in 2008-2009 when Thanksgiving travel fell by 25 percent.

AAA estimates that most drivers will pay the cheapest gas prices for the Thanksgiving holiday since 2010. The national average is the year’s lowest and should continue to drop in the coming weeks. Drivers can find stations selling gas for less than $3 per gallon in most states.

About 90 percent of travelers or 38.9 million people plan to travel by automobile this Thanksgiving. That’s a 1.6 percent decrease over the 39.5 million people who traveled by auto last year. Air travel is expected to decrease 3.7 percent with 3.14 million holiday travelers flying.

The average distance traveled by Americans during the Thanksgiving holiday weekend is expected to be 601 miles. That’s an increase of 2.2 percent from last year when travelers planned to travel 588 miles.

Up to 140 million people plan to or will shop over the Thanksgiving holiday, a decrease from the 147 million who planned to do so last year, according to a survey conducted for the National Retail Federation.

Nearly one-quarter of those shoppers, 33 million, plan to shop on Thanksgiving Day.

Black Friday will be the biggest day of the weekend: 69.1 percent plan to shop on Black Friday, or about 97 million shoppers, according the survey.

Happy Thanksgiving. Whether your having a big crowd at your house or traveling, I hope you have a great celebration.