Are vitamins good for you or … bad for you?

A flurry of news stories recently about how vitamins aren’t helpful is adding to the uncertainty consumers have about what to do about taking vitamins.

One review found no benefit in preventing early death, heart disease, or cancer. Another found that taking multivitamins did nothing to stave off cognitive decline with aging. A third found that high-dose multivitamins didn't help people who had had one heart attack avoid another. 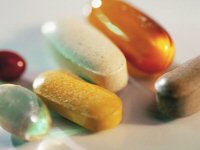 These studies led National Public Radio commentator Mary Shute, who wrote about the three studies, to conclude that maybe when the current bottle of kids' chewable vitamins runs out, she won't buy more.

A few years ago, doctors were recommending that their patients take a multivitamin daily. Now, medical opinions vary. See The Wall Street Journal article “Should Healthy People Take Vitamin Supplements?” so see the wide variety of opinions from doctors on the subject.

What bothers me about this recent blanket condemnation of vitamins is there are studies that show vitamins have benefits.

Go to the website of the National Center for Complementary and Alternative Medicine, and under Research these studies are listed:

The Science Daily website offers these positive studies in its Vitamins section:

Of course, each website also listed negative studies on the use of vitamins, minerals, herbs, and other supplements.

The role of pharmaceutical companies

I’ve been skeptical about the research reported in medical journals for years. I thought about whether pharmaceutical companies might be behind this current wave of negative research on supplements. I wondered if the companies wanted consumers to take prescription drugs rather than supplements for their aliments. However, I found an article that stated Big Pharma is jumping on the bandwagon and purchasing supplement companies.

The article “With Top Lines Dropping, Firms Reach for Vitamins” said more deals are expected, as companies bet baby boomers and rising health-care costs will drive demand for products that promise health in a bottle.

Then I tried to figure out who is behind this wave of anti-vitamin research. It’s much more complex than an example I once heard on the radio: Starbucks paid for a study saying coffee had some health benefit.

The Scientific American article “How Drug Company Money Is Undermining Science” lays out how complicated the relationship is between pharmaceutical company money and researchers. It’s hard to find the connections. Doctors are paid by the drug companies to give speeches and for other activities. Then they sit on advisory boards for government agencies and make recommendations on the drugs from the drug companies that have paid them. They also do research on the drugs. Their conflict of interest may or may not be revealed.

See ProPublica’s Dollars for Docs – How Industry Dollars Reach Your Doctors for information on whether your health professional has received drug company money.

On the three studies described at the beginning of this article, information was provided on which institutions participated in the studies, but details weren’t disclosed on where the institutions got their money. Conflict of interest links were provided for some of the researchers, but I wasn’t able to open them.

The opinion of a supplement researcher

Then Tuesday, I received an e-main from the Linus Pauling Institute.

It said that, according to a new analysis, most large, clinical trials of vitamin supplements, including some that have concluded they’re of no value or even harmful, have a flawed methodology that makes them largely useless in determining the real value of these micronutrients.

Many projects have tried to study nutrients that are naturally available in the human diet the same way they would a powerful prescription drug. This leads to conclusions that have little scientific meaning, even less accuracy, and often defy a wealth of other evidence.

These flawed findings will persist until the approach to studying micronutrients is changed. Such changes are needed to provide better, more scientifically valid information to consumers around the world who often have poor diets, do not meet intake recommendations for many vitamins and minerals, and might greatly benefit from something as simple as a daily multivitamin/mineral supplement.

Tests need to be done with blood plasma or other measurements to verify that the intervention improved the subjects’ micronutrient status along with biomarkers of health, Frei said.

He also said clinical studies of vitamins have been done with groups such as doctors and nurses who are educated, informed, able to afford healthy food, and routinely have better dietary standards than the public.

I wondered if that was correct, but I read that the study described above on cognitive decline was done on physicians.

Frei said even though such studies often significantly understate the value of vitamin supplements, the largest and longest clinical trial of multivitamin/mineral supplements found a total reduction of cancer and cataract incidence in male physicians over the age of 50. It suggested that if every adult in the United States took such supplements it could prevent up to 130,000 cases of cancer each year.

So are vitamins good or bad for you? I don’t know. And, I don’t even know how to find out since there’s so much research and a good deal of it gives conflicting results.

Am I going to stop taking vitamins like NPR commentator Shute? No.

Vitamins help my immune system. If I skip taking vitamins, I’m more susceptible to getting colds and the flu.

Recently, I got a bad case of the flu when I was on vacation far from home. I was having such a good time I forgot to take my supplements. It wasn’t pretty. And, I’m still coughing.