FDA issues voluntary rule to phase out antibiotic use in animals that aren’t sick, but consumer groups say it does little protect to human health 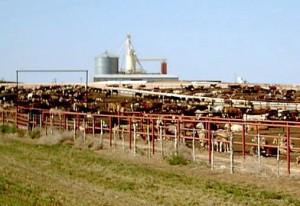 The U.S. Food and Drug Administration announced a long-pending, voluntary plan on Wednesday to help phase out the use of antibiotics in animals that aren’t sick.

Antibiotics are used in the feed or drinking water of cattle, poultry, and hogs for purposes such as using less food to gain weight. Some of the antibiotics are used to treat human infection, raising concerns about how this practice contributes to the ability of bacteria and other microbes to resist the effects of drugs. When antibiotic resistance occurs, a drug may no longer be as effective in treating illnesses or infections.

In its guidance, the FDA lays out a road map for animal pharmaceutical companies to voluntarily revise FDA-approved labels to remove antibiotic use for production. The plan also calls for placing over-the-counter drugs under veterinary oversight. When a manufacturer makes the changes, its medically important antibiotics can’t be used for production purposes, and their use will require veterinary oversight.

The FDA is asking the companies to notify the agency of their intent to sign on to the strategy within the next three months. The companies would then have three-years to comply.

“Implementing this strategy is an important step forward in addressing antimicrobial resistance,” said FDA Deputy Commissioner for Foods and Veterinary Medicine Michael Taylor. “The FDA is leveraging the cooperation of the pharmaceutical industry to voluntarily make these changes because we believe this approach is the fastest way to achieve our goal.”

Taylor said that based on the FDA’s outreach, the agency has “every reason to believe that animal pharmaceutical companies will support us in this effort.”

However, consumer groups were critical of the guidance when it was released in draft form in April 2012, because it fails to require any changes in the use of antibiotics, said Avinash Kar, health attorney for the Natural Resources Defense Council.

“FDA’s policy is an early holiday gift to industry,” Kar said. “It is a hollow gesture that does little to tackle a widely recognized threat to human health.”

FDA has essentially followed a voluntary approach for more than 35 years, but use of these drugs to raise animals has increased, he said.

“There’s no reason why voluntary recommendations will make a difference now, especially when FDA’s policy covers only some of the many uses of antibiotics on animals that are not sick,” Kar said. “FDA is failing the American people.”

FDA’s policy only addresses uses of antibiotics to speed up animal growth even though preventive uses to avoid diseases associated with poor conditions pose the same risks, are similar in nature, and have significant overlap with uses for growth promotion, he said.

Leading health groups, medical doctors, and other scientists such as the American Academy of Pediatrics and the Infectious Disease Society are concerned about use of antibiotics in animals, stating that “overuse and misuse of important antibiotics in food animals must end, in order to protect human health.” The World Health Organization and the Institute of Medicine of the National Academy of Sciences have reached similar conclusions.

A new U.S. Centers for Disease Control and Prevention report, “Antibiotic Resistance Threats in the United States, 2013,” estimates that at least 23,000 Americans die each year from drug resistant infections and that antibiotic resistance is implicated in at least 2 million infections annually. Both human and animal uses of antibiotics contribute to the problem.

About 80 percent of the antibiotics sold in the U.S. are for use in cows, chickens, and pigs – mostly on animals that aren’t sick.

The FDA’s guidance for animal pharmaceutical companies is now final, and the proposed Veterinary Feed Directive rule is open for public comment for 90 days beginning Dec. 12.