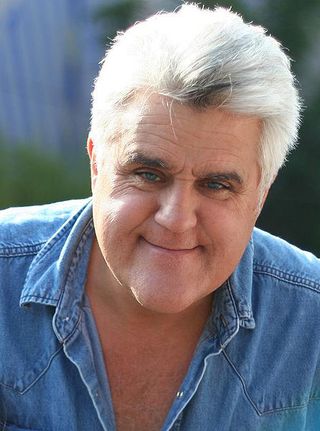 Even though I’m not a big TV fan, I’m going to miss Jay Leno, 63. I watched David Letterman, 66, off and on for a couple of years, then switched to Leno.

I think Leno is funny. His monologues make me laugh, and I enjoy the Photo Booth, fake inventions, and other segments.

As a journalist, I also like his typo segments.

Jimmy Fallon, 39, a Gen Xer, on the other hand, suffers from too much Saturday Night Live attempted comedy. As on that show, some of the comedy sketches Fallon does fall flat, very flat.

Then there’s his sidekick, Steve Higgins. I think I’m funnier then he is.

Throwing around an invisible saxophone? Is that funny? I don’t think so.

Fallon’s games are sometimes badly lacking. It’s disgusting when he asks two friends questions one can’t possibly answer, and then the other friend spits a mouth full of water all over him. Disgusting.

And we have the Roots. They played Fishbone’s “Lyin’ A— B—“ when Republican Presidential Candidate Michelle was introduced. And, Ahmir “Questlove” Thompson, the bandleader, made a comment to Tina Fey when she was on the show that she was never nice to the Roots.

If that wasn’t bad enough, Thompson then wrote a book and included these experiences in it. What was he thinking?

He said the band almost got fired, but Fallon intervened. Maybe it should have been let go.

Then we have to have Seth Myers, another Saturday Night Live comic. He’s going to replace Fallon on “Late Night.” I’ve never seen him do anything on the program but the fake news segment.

Leno closes his two-decade on "Tonight" on Feb. 6.

I guess that NBC is looking for a younger demographic. Don’t they realize that baby boomers are a huge group with lots of money to spend?

I wonder how long Fallon will last. NBS quickly got rid of Conan O’Brien, whose ratings plummeted when he temporarily replaced Leno in 2009.

I wasn’t sad to see O’Brien go. I thought some of his sketches, especially one about Europeans, were in bad taste.

I guess I’ll go back to watching Letterman.