Recall of the Week: Flushmate III pressure-assist flushing systems for toilets due to impact and laceration hazards

Flushmate is recalling about 351,000 Flushmate III pressure-assist flushing systems in the U.S. and about 9,400 in Canada. 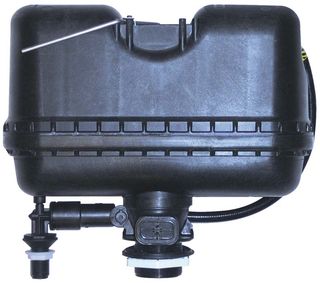 The Series 503 Flushmate III also was previously recalled in June 2012.

The system can burst at or near the vessel weld seam releasing stored pressure, said the company and the U.S. Consumer Product Safety Commission. This pressure can lift the tank lid and shatter the tank, causing impact and laceration hazards to consumers and property damage.

Flushmate has received three reports of the units included in this recall bursting, resulting in property damage and no reports of injury.

The units are rectangular, black, two-piece vessels made of injection molded plastic.

Recalled units have a date code/serial number that is 16 characters long and is located on the label on the top of the Flushmate III. The first six numbers of the serial number are the date code. The date code range for units in this recall in MMDDYY format is 030108 – March 1, 2008 – through 063009 – June 30, 2009.

Consumers should immediately stop using the recalled Flushmate III system, turn off the water supply to the unit, flush the toilet to release the internal pressure, and contact the firm to request a free repair kit.