FDA’s voluntary effort to reduce antibiotic use for farm animals too weak, won’t cut use 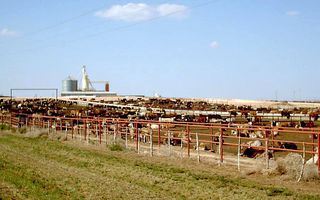 The U.S. Food and Drug Administration report released Wednesday on the progress of its voluntary approach to reducing the use of antibiotics in farm animals shows the weakness of not requiring cuts in the drugs administered.

Natural Resources Defense Council said that the FDA’s voluntary plan won’t do anything to reduce antibiotic use in farm animals or slow the increase in antibiotic-resistant bacteria, which is a danger to human health.

“Animals will still be fed antibiotics daily even though they aren’t sick,” said Avinash Kar, the council’s health attorney. “Fixing the problem means curbing the misuse of these drugs. This plan is likely to lead to label changes [on animal medications], not a reduction in use.”

Kar said the FDA needs to dramatically reduce antibiotic use in animals.

He said the FDA is only limiting antibiotic use for growth promotion, but the same animals are given the same antibiotics because of the crowded conditions. Current levels of antibiotic use are likely to continue, Kar said, but with a different justification and label.

Kar said weaknesses in the FDA’s Guidance 213’s plan to carry out the voluntary program are:

About 80 percent of the antibiotics sold in the U.S. are for use in cows, chickens, pigs, and other farm animals.