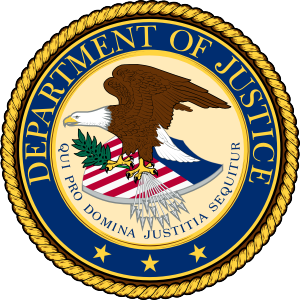 Toyota Motor Co. will admit wrongdoing and pay a $1.2 billion fine, the largest fine assessed in the history of the auto industry, to partially settle a U.S. Department of Justice criminal investigation.

The investigation focused on unintended vehicle accelerations that occurred in Toyota’s between 2009 and 2010 and resulted in one of auto industry’s largest consumer recalls.

“Today, we can say for certain that Toyota intentionally concealed information and misled the public about the safety issues behind these recalls,” said Attorney General Eric Holder. “Our years-long criminal investigation examined the way the automaker disclosed complaints about problems of sudden acceleration associated with many of its most popular Toyota and Lexus models.”

Rather than promptly disclosing and correcting safety issues, Toyota made misleading statements to consumers and gave inaccurate facts to Congress, Holder said. And, it concealed from federal regulators the extent of problems with sticking gas pedals and floor mats that could cause the accelerations.

While Toyota conducted a limited recall of some vehicles with floor mat issues in September 2009, it delayed a larger recall until early 2010 – despite internal tests warning of the dangers from other, unrecalled vehicle models.

Toyota “made these misleading statements and undertook these actions of concealment as part of efforts to defend its brand,” the company said in court documents.

“In other words, Toyota confronted a public safety emergency as if it were a simple public relations problem,” he said. “And they mounted this cover-up despite widely-documented incidents, and even tragic accidents, like the one that took the lives of an off-duty California Highway Patrol Officer and members of his family.”

As part of the settlement, Toyota agreed to undergo reviews by an independent monitor that will examine and assess the way Toyota reports safety issues to the public and regulators.

“Put simply, Toyota’s conduct was shameful,” Holder said. “It showed a blatant disregard for systems and laws designed to look after the safety of consumers. By the company’s own admission, it protected its brand ahead of its own customers.  This constitutes a clear and reprehensible abuse of the public trust.”

Other car companies shouldn’t repeat Toyota’s mistake, he said. “A recall may damage a company’s reputation, but deceiving your customers makes that damage far more lasting.”

Holder said when car owners get behind the wheel, they have a right to expect that their vehicle is safe. “If any part of the automobile turns out to have safety issues, the car company has a duty to be upfront about them, to fix them quickly, and to immediately tell the truth about the problem and its scope. Toyota violated that basic compact.”