Home About Newsletter Categories Donate
How do you prepare your income taxes?
Top places to travel for Easter 2014

Americans to spent nearly $16 billion on Easter this year 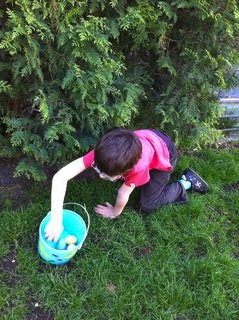 The average American celebrating the Easter holiday will spend about of $137 on clothing, food, candy, gifts, and other items, slightly less than the $145 spent last year.

Total spending is expected to reach $15.9 billion, according to a survey by the National Retail Federation.

Though fewer Americans will celebrate this year, 80 percent compared to 83 percent last year, families are still looking forward to their traditional Sunday meals.

Those who do plan to celebrate will spend the most on a grocery bill for a family dinner or Sunday brunch out. According to the survey, 86 percent of those celebrating will spend an average of $43 on a holiday meal, totaling $5 billion.

Since the holiday traditionally marks the ceremonial start to spring, 43 percent will purchase new spring attire, such as Easter clothes for their children, spending an average of $23.

Total spending by consumers on apparel is expected to reach $2.6 billion.

In addition, nine in 10 of those celebrating will stock up on Easter candy, spending a total of $2.2 billion on their children’s favorite sweet treats.

The survey also found that many will use smartphones or tablets to shop for Easter items.

Of those who own smartphones, nearly one in four will use their device to research products or compare prices. Only 12 percent will make an actual purchase with their smartphone.

Nearly one in five tablet owners will make a purchase on their device, but most will simply research holiday gifts, apparel, and other items, 30 percent.