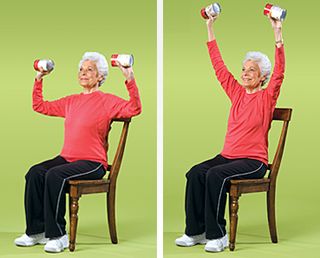 A structured, moderate physical activity program can reduce the risk of losing the ability to walk without assistance, which may be the most important factor in whether older people can maintain their independence, a study has found.

Older people who lose their mobility have higher rates of disease, disability, and death.

In the study, researchers found that a regular, balanced, and moderate physical activity program followed for an average of 2.6 years reduced the risk of major mobility disability by 18 percent in an elderly, vulnerable population.

Participants getting the exercise were better able to maintain their ability to walk without assistance for about a quarter of a mile.

The Lifestyle Interventions and Independence for Elders study included 1,635 sedentary men and women aged 70-89 at risk of disability. The participants were recruited from urban, suburban, and rural communities.

The physical activity group of 818 people gradually worked up to the goal of 150 minutes of weekly activity, including 30 minutes of brisk walking, 10 minutes of lower extremity strength training, 10 minutes of balance training, and large muscle flexibility exercises. Their programs took place at a clinic twice a week and at home three or four times a week.

The 817 people in the comparison group participated in weekly health education workshops for the first 26 weeks, followed by monthly sessions thereafter. They also performed five to 10 minutes of upper body stretching and flexibility exercises in each session.

Participants in both groups were assessed every six months at clinic visits.

The University of Florida’s Marco Pahor, M.D., who led the study, said people in the intervention group were enthusiastic about the exercise program.

“When we finished the exercise program at our site, the people were so disappointed that the classes were over,” Pahor said. “We know that many of them are continuing to exercise, and we are so pleased that they have kept up with this.”

In 2011, the National Institute on Aging launched Go4Life, a national exercise and physical activity campaign, based on previously demonstrated benefits of exercise for healthy adults age 50 and older who were living in the community.

The LIFE study adds to that evidence with findings that older people vulnerable to disability can also be included among those who could reap rewards from regular physical activity.

The results of the study, conducted by researchers at the University of Florida, Gainesville and Jacksonville, and researchers at seven other clinics across the country, were published online on May 27 in the Journal of the American Medical Association.