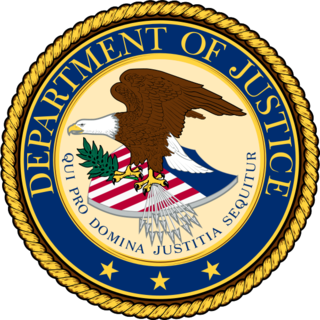 A non-prosecution agreement against Citigroup, announced by the U.S. Justice Department Monday, highlights the increased use of such agreements by the agency and the need for it to explain why it chooses not to criminally prosecute financial institutions and other corporations.

Although U.S. Attorney General Eric Holder called Citigroup’s actions “egregious,” no individuals are being charged, the bank isn’t being charged with criminal activity, the corporation faces no review of its bank charter, and business continues in its offices in 180 countries, said Lisa Gilbert, director of Public Citizen’s Congress Watch division.

The Justice Department’s use of deferred and non-prosecution agreements for misconduct by financial institutions has escalated, according to a Public Citizen analysis, leading to the conclusion that the government has decided some institutions are “too big to jail.”


Public Citizen’s report, which focuses on financial institutions, is called “Justice Deferred: The Use of Deferred and Non-Prosecution Agreements in the Age of ‘Too Big to Jail.’”

From 2000 through 2004, the agency made about four agreements each year, with eight agreements in 2004, according to information compiled by the law firm Gibson, Dunn & Crutcher LLP. Each following year, however, the department averaged 28 agreements per year, with only two years that saw fewer than 20 agreements.

Corporations that entered into agreements with the department in 2013 ranged from the United Parcel Service and Ralph Lauren to Archer Daniels Midland and Las Vegas Sands Corp.

In 2012, when the department entered into a deferred prosecution agreement with HSBC for money laundering violations, Holder said the agency didn’t press criminal charges because it could harm the economy. He later backtracked, saying that no banks are “too big to jail,” but the department’s continued reliance on DPAs suggests otherwise, Public Citizen said.

“The increasing dependence of the DOJ on DPAs and NPAs is startling,” said Amit Narang, lead author of the report and regulatory policy advocate for Public Citizen’s Congress Watch division. “Without any explanation from the DOJ as to why these agreements are more appropriate than criminal charges, the public can only assume that a financial institution’s size played a critical role.”
Copyright 2014, Rita R. Robison, Consumer Specialist