Did you enjoy the 66th Emmy Awards? 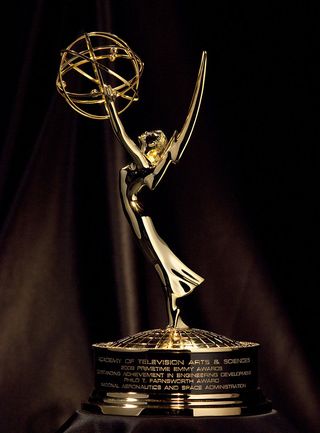 I’m not a fan of television. Way too much violence and nonsense.

I regularly watch “Grey’s Anatomy,” “Downton Abby,” the news, “Late Night With David Letterman,” and some of the evening cooking shows. I occasionally tune into “Dr. Phil” and a few shows on Channel 9.

I don’t enjoy watching violent TV shows and “comedies” with loud mouth leads. Reality shows are often a waste of time and some are in bad taste.

Every year, I write about the violence, sexism, and ageism in the Academy Award nominated movies and in the Super Bowl ads.

I haven’t written about these topics for television because I couldn’t stand to watch all the programs I’d need to sit through to do the analysis.

Monday night, I happened to run across the 66th Emmy Awards, so I listened to it.

What caught my attention was the actors, writers, producers, and show hosts all taking about how wonderful it is to work in the industry and with the others there. Really?

Television is mostly a wasteland. The programs are such low quality. It could be an industry to be proud of with outstanding programming.

The discouraging thing is, I don’t see interest or movement aimed at improving the quality of television in America. Consumers need to demand better programming.

I often (well, sometimes) sit down in front of the TV, and think to myself, okay I'm ready to veg. out for an hour or so; let's see what's on. And then, there's nothing on! I agree that reality shows are stupid, and most comedies are lame, and the dramas -- just can't get into them.

We do have Netflix, though, and as I admitted on my recent post, I have been a fan of Breaking Bad, even though it's guilty of every sin you mention. And there's a show B and I watch (again on Netflix) called Parenthood. It's kind of a grown-up soap opera; but we like it. If you're interested see my post at http://sightingsat60.blogspot.com/2014/02/my-guilty-pleasure.html

I watch "Parenthood," too. I forgot to put it in the list of the few things I watch.

Television has so much potential. I just wish it wasn't such a wasteland. And, it's been a wasteland for years.