Home About Newsletter Categories Donate
Did you enjoy the 66th Emmy Awards?
Top 10 places to travel for Labor Day this year

Facts and figures for Labor Day 2014 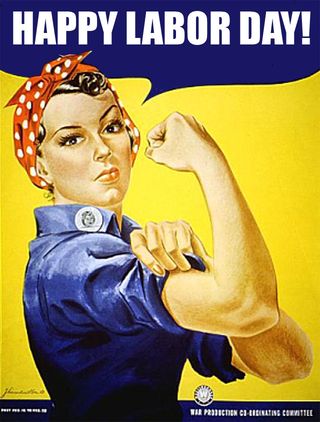 Labor Day, the holiday to celebrate American workers, is coming up quickly.

What are your plans? Will you be traveling, shopping, hosting a barbecue, relaxing, or attending a Labor Day event? Or, unluckily, working?

For those planning to travel, the roads will be jammed like most years.

AAA Travel estimates 34.7 million Americans will travel 50 miles or more from home during the Labor Day holiday weekend, the highest amount for the holiday since 2008 and a 1.3 percent increase over 2013.

Nearly 86 percent of travelers, 29.7 million, will travel by car, an increase of 1.4 percent over last year.

Most U.S. consumers are paying the lowest gas prices for early August since 2010. The current price of gas is $3.44 compared to $3.59 on Labor Day last year. AAA provides the latest gas prices for the nation, states, and metro areas at FuelGaugeReport.AAA.com.

Nearly 8 percent of travelers, 2.65 million, will travel by air, a 1 percent increase from last year. Airfares are 2 percent higher than 2013, and daily car rental costs are about the same at $51.

Labor Day sales offer some of the best deals of the year.

More than a third of U.S. consumers plan to shop this Labor Day weekend, according to an Offers.com survey. However, the survey showed that more than a quarter of consumers think there’ll be good sales and deals on items that aren't at their lowest prices yet.

Here are facts and figures on workers from the U.S. Census Bureau:

Number of people 16 and older in the nation's labor force in May 2013.

The number of wage and salary workers age 16 and over represented by a union in 2013.

Number of female workers 16 and older in service occupations in 2012, compared to 11.4 million for males.

Percentage increase in employment or 2.3 million in the United States between December 2012 and December 2013. Employment increased in 286 of the 334 largest U.S. counties

The 2012 median earnings for male and female full-time, year-round workers.

Projected percentage growth from 2012 to 2022 in the number of personal care aides, 580,800. Analysts expect this occupation to grow much faster than the average for all occupations. Meanwhile, the occupation expected to add more positions during this period than any other is registered nurse, 526,800.

Percentage of full-time, year-round workers 18 to 64 covered by health insurance during all or part of 2012.

Percentage of workers 16 and older who worked from home in 2012.

Percentage of workers 16 and older who drove alone to work in 2012. Another 9.7 percent carpooled and .6 percent biked to work.

The average time it took workers in the U.S. to commute to work in 2012. Maryland and New York had the most time-consuming commutes, averaging about 32 minutes.

Best wishes for your Labor Day celebration. I hope you have a great day.

I'd like to know where they get those gas price averages, which always seem unbelievably low to me. 'Course I'm in NY, and the price for reg. around me is currently $3.79 - $3.99 a gal. So I don't think we'll be driving anywhere this Labor Day -- except maybe to NJ where gas is famously cheap and currently goes for abt. $3.25 - $3.35 a gal. of reg.

I don't usually pay attention to gas prices unless they go over $4 a gallon. I know they're high, but I live in the suburbs so I just pay whatever the price is at the Chevron stations. I tried the Costco gas, but it ruined my fuel pump.