Home About Newsletter Categories Donate
Top 10 places to travel for Labor Day this year
Recall of the Week: Hewlett-Packard notebook computer AC power cords due to fire and burn hazards 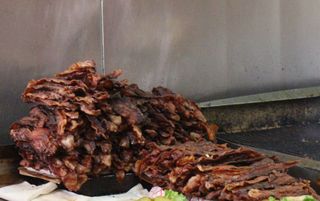 When I began writing as a consumer journalist, one of the first things I found out that amazed me was sodium nitrate is a carcinogen.

It was during the 1970s. When a reporter asked the researcher who conducted the breakthrough research if he was going to continue to eat meat cured with sodium nitrate, he said no. He had eliminated it from his diet.

Now, here we are in 2014. What’s happened since the information about sodium nitrate became known? Record numbers of people are eating bacon. In America, there’s a bacon craze.

On average, Americans eat 18 pounds of bacon a year, with about 5,760 million strips of bacon consumed across the country each year.

An article in The Huffington Post, “Nine Unfortunate Truths About Juicy, Scrumptious Bacon,” offers links that describe the dangers of eating cured meats:

A study done by researchers at the University of Zurich found an association between processed meat and higher risks of dying from heart disease or cancer. Processed meat contains nitrates, preservatives that, when absorbed by the human body, convert into N-nitroso, a compound that could cause cancer. Also, a study conducted by Columbia University found a direct link between consuming cured meats and developing chronic pulmonary disease.

The American Cancer Society recommends consumers limit their intake of processed meats such as bacon, sausage, lunchmeats, and hot dogs. It suggests choosing fish, poultry, or beans instead of red meat.

The good news is that you can find bacon made without sodium nitrate at natural food stores and food co-ops.

So, if you’re a bacon lover, it would be worth your time to find out where you can buy sodium nitrate free bacon. It’s a good way to protect your health.