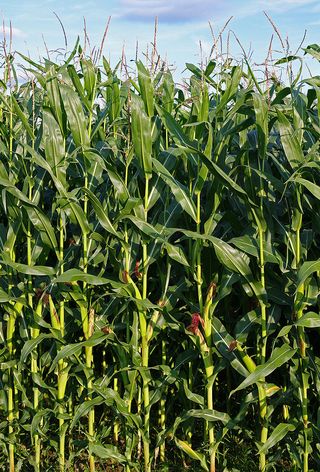 In a separate procedure, Dow is waiting for approval from the U.S. Environmental Protection Agency to sell Enlist Duo, a combination of 2,4-D and glyphosate.

The company wants to market its new product to farmers plagued by hardy weeds that have evolved that are tolerate to glyphosate, the active ingredient in Roundup, Monsanto’s popular weed killer, said the Environmental Working Group.

The action threatens children’s health and the environment, the EWG said.

“We are truly disappointed in the USDA for putting the interests of chemical companies before the health of our children and the environment,” said Mary Ellen Kustin, a senior policy analyst with the EWG. “Instead of putting the brakes on the chemical treadmill, the government is on the fast track to approve more toxic weed killers.”

The announcement, posted last week on the website of USDA’s Animal and Plant Health Inspection Service, said that the decision will become effective when it’s published in the Federal Register.

The EWG opposes the approval of Enlist Duo because human exposure to 2,4-D has been linked to non-Hodgkin lymphoma, Parkinson’s disease, and thyroid problems. EWG also said that the new herbicide could spur the evolution of new “superweeds” resistant to both 2,4-D and glyphosate.

If the EPA approves Enlist Duo, nationwide use of 2,4-D could more than triple by 2020, according to the USDA, exposing communities near sprayed crop fields to eight times more of the chemical than today.

Last month, the EWG released an analysis showing that more than 480 elementary schools nationwide are within 200 feet of corn and soybean fields that could be contaminated by the new weed killer.

“Tens of thousands of young children would be exposed to more intense concentrations of a toxic defoliant that is linked to cancer than is the case today,” said Kustin. “The EPA must go back and do a thorough assessment of the serious risks associated with 2,4-D. Once that’s done, it will be hard not to conclude that approving Enlist Duo is not the right decision for our children and the environment.”