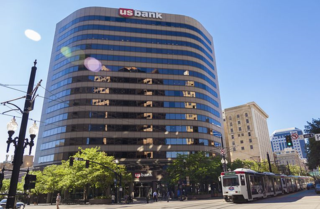 U.S. Bank is being ordered to pay about $48 million to consumers harmed by illegal billing practices.

U.S. Bank, the fifth largest bank in the nation, sold services as “add-on products” for credit cards and other bank products such as mortgage loans and checking accounts.

“Today’s action will provide $48 million in relief to U.S. Bank customers who were illegally charged for identity protection services they did not receive,” said Richard Cordray, director of the bureau.

U.S. Bank’s service provider enrolled bank customers in identity protection add-on products that promised to monitor consumers’ credit and alert them to potentially fraudulent activity, according to the bureau’s order. The programs, known as “Privacy Guard” and “Identity Secure,” were marketed by the bank and administered by a company hired by the bank.

Usually, a company must get a customer’s written permission for credit monitoring. U.S. Bank customers, however, were charged for these products as soon as they enrolled. As a result, consumers:

The bank will issue about $48 million in refunds to more than 420,000 customers.

It also is required to end its unfair billing practices and improve its oversight of add-on service providers and add-on products.

The action is being taken in coordination with the OCC which is separately ordering restitution from U.S. Bank for the same illegal practices. The practices were found during examinations conducted by the bureau and the OCC.