Home About Newsletter Categories Donate
Today’s consumer tip: Get your yard ready for winter
Today's consumer tip: How to decipher the dates on turkey labels 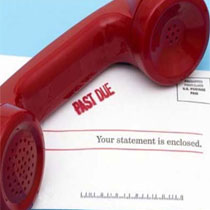 The Consumer Financial Protection Bureau released a report Wednesday that said debt collection is a top complaint for older Americans, many of whom say they struggle with debt in retirement.

Some of the debt collection issues older Americans complain about include collectors: hounding about medical debt, attempting to collect on debts of deceased family members, and illegally threatening to garnish federal benefits, according to the report.

“It is increasingly common for older Americans to carry debts into their retirement years, and consumers living on fixed incomes often struggle to pay off these debts,” said bureau Director Richard Cordray. “Older Americans deserve to be treated with the respect they have earned.”

Some older consumers say they are unable to afford debt payments especially when they’re retired and live on a small fixed income. They also are concerned that the distress of being harassed by a debt collector aggravates existing medical conditions, endangering their health.

The bureau said recently that older adults with cognitive impairments are vulnerable to harassment and scams, especially when seniors have memory problems or can’t keep track of finances. The report found some of the issues affecting older Americans when it comes to debt collection include:

Older consumers couldn’t identify the original source of the underlying debt in about one third of their debt collection complaints. Of the debt they were able to identify, older Americans said 33 percent was from miscellaneous bills such as rent, utility bills, phone bills, and membership fees. Other top sources of the debt were: credit cards, 17 percent; medical debt, 10 percent; and payday loans, 5 percent.

To help older consumers, the bureau is issuing an advisory highlighting things they can do to help deal with debt collectors: