Spotlight on medical malpractice: How to avoid a doctor who makes mistakes 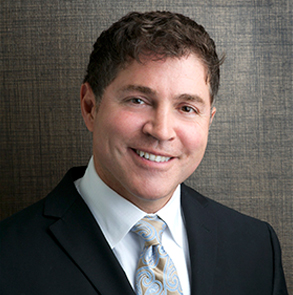 By Jay Deratany, Founder of the Deratany Law Firm and Writer

Physicians are trained, certified, and experienced medical professionals, but they’re still human beings and all human beings make mistakes from time to time.

Sometimes, they really are just mistakes that resulted from unforeseen complications. Occasionally, however, they’re a direct result of a doctor’s negligence or bad habits.

While there’s no way to eliminate risk entirely, you can do your due diligence to learn everything you can about potential doctors before you put your trust in their hands.

Doing online research of a medical professional isn’t as simple and straightforward as we’d like it to be. Unfortunately, there isn’t one master database where you can access all history and records of a doctor you’re considering.

First, head to your state’s medical board website – use this site to find yours. There, you’ll be able to see basic info on this doctor: medical license status, hospital affiliations, education, insurance, specialty certifications, legal actions, and disciplinary actions.

You can find out all relevant background on a doctor who may have practiced in multiple states by using the Federation of State Medical Boards’ Doc Info website. For $10, they’ll give you access to the full profile of a doctor practicing in any state.

The fact is, doctors are sued all the time – in fact, according to the New England Journal of Medicine, most doctors are sued at least once during their careers.  Just because you see that a physician has been sued doesn’t automatically imply guilt – many cases are thrown out for lack of evidence, and many are won by the doctor because there was no wrong-doing.

You can learn more by doing general Internet searches of the doctor’s full name in quotation marks, along with words like, “malpractice,” “sued,” “lawsuit,” or “suspension.”  There may be news stories that give more information on the specific case.

What should raise red flags is when you see a lot of disciplinary and legal action on a doctor’s record and/or when it’s clear that the physician was found guilty. It should also be a warning sign if a doctor has settled several times – if they settled, it’s probably because the plaintiff had a strong case against them.

When physicians are found guilty or settle in a medical malpractice suit, they aren’t necessarily prevented from continuing to practice medicine.  The verdict is up to the judge or jury, but the doctor’s future is up to the medical board in each state. And often, the board doesn’t take any disciplinary measures. In some cases, a doctor can even be banned from practicing at an individual hospital but receive no sanctions from the board.

That’s not to say that there are never any consequences.

A state medical board has several options when it comes to sanctioning doctors due to misconduct – anything from required training to increased monitoring to revoking a license.  Sometimes these measures are, in fact, taken, but patients have to understand that they’re their own best advocates when it comes to researching and choosing the right doctor.