Home About Newsletter Categories Donate
Five things you should never say after a car accident: A legal guide to the moments following a collision
What does Human Rights Day mean to you? 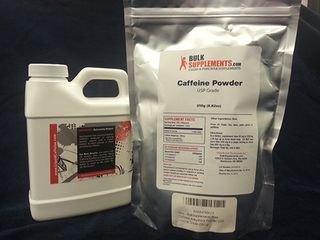 The Center for Science in the Public Interest is requesting that the U.S. Food and Drug Administration ban the retail sale of pure, powdered or liquid caffeine as a dietary supplement.

A teaspoon of caffeine powder is equal to about 25 cups of coffee.

Powdered caffeine can be ordered from online retailers, where it’s often advertised as an athletic performance enhancer or a weight-loss aid. It sells for about $10 for 250 grams – about 8 ounces, which is equal to 1,000 cups of coffee.

In powdered form, it’s difficult for consumers to tell the difference between a safe dose and a potentially lethal dose, according to the petition the center filed with the FDA Tuesday. The suggested dose is between 1/32 and 1/16 of a teaspoon.

Besides the two fatalities, the use of powdered or concentrated liquid caffeine has been linked in FDA's adverse-event records to dizziness, delirium, nausea, vomiting, increased heart rate, and other problems.

A third death has been linked in the FDA reports to a NoDoz energy shot. While energy shots and energy drinks aren’t the subject of the center’s petition, the center called on the FDA in July to require warning labels on those drinks.

"No one's diet needs to be supplemented with pure, pharmaceutical-grade caffeine, and it makes no sense for this substance to available to consumers in this undiluted form," said Laura MacCleery, the center’s chief regulatory affairs attorney. "The FDA needs to ban powdered caffeine from the marketplace and ensure that no other families have to endure the tragedy of losing a loved one to this product."

The parents of men who died after ingesting powdered caffeine are meeting with senators and officials from the FDA with the hope of preventing future unnecessary deaths MacCleery said.

Caffeine is increasingly available in unexpected products, including popcorn, waffles, hot sauce, roasted almonds, and chewing gum, she said. In 2012, the center urged the FDA to better regulate such products.