Five things you should never say after a car accident: A legal guide to the moments following a collision 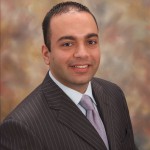 The first thing that enters your mind after a car accident is probably not, “How can I make sure I don’t get blamed for this?”

First and foremost, you’re concerned about your safety, the safety of the other drivers involved, and the state of your vehicle.

It’s precisely because of these overwhelming concerns that many end up making mistakes in the moments following a car accident. They’re not yet thinking about the legal ramifications of the situation, so they accidentally say things that have negative effects when the law and insurance come in to play.

Regardless of what happened, it’s likely your instinct to apologize. But you must resist the urge to be “nice” in this way – you can and should ask if the other people involved are O.K., but that’s about it.  Even if you think that it was your fault, you don’t have to say so at the scene of the accident. Whatever you say to the other driver or to a policeman could become rationale for your insurance company not to pay a claim.

Your perception of what happened and what actually happened may well be two very different things.  Even if you rear-ended the car in front of you because you thought they were moving, it may be that their break lights were out. So, it’s best to stay tight-lipped rather than risk taking responsibility for something that wasn’t your fault or might not even be accurate. When the police take your statement, only answer their direct questions. If you add more, you could get yourself into trouble.

Until you’ve been examined by a doctor, you don’t know whether or not you’re hurt. In many cases, you feel fine immediately following the accident, only to feel the effects later. When you’re asked how you feel, it’s best to say something along the lines of, “A little shaken up, but I’m not sure if I’m hurt.”

It’s common to be a bit embarrassed and anxious after a car accident. These feelings often lead drivers to want to ignore what happened. But, no matter how minor the accident, it’s always best to err on the side of caution. If you drive away and later notice an injury or damage to your car, you have fewer options if there’s not an official report from the police.

You may think that you have to call your insurance company ASAP, but that’s simply not true. Your first priorities are calling 911, seeing a doctor, and maybe even speaking to an attorney who can advise you on how to proceed. Remember that your insurance provider would prefer not to pay for your claim, so they could ask you questions a way that causes you to admit fault, especially if you’re still shaken up or confused from the accident. There’s no rush, so it’s best to wait till the situation is clearer.

Being involved in a car accident is scary and worrying for everyone involved. But you can help minimize further stress and consequences by being smart and intentional about how you conduct yourself right after the incident occurs.